If you are under the impression that Mister Scary himself peaked sometime around “Beast From The East” in 1988, we have two things to say to you. One, shame on you for doubting George Lynch. Two, we have some very good news. George has reached a new pinnacle for creativity with his new project with Dino Jelusick, in the form of breakout album “Dirty Shirley.”

Although George has done some very cool things in recent years since his eponymous “Mob,” with super-projects like KXM (Dug Pinnick / Ray Luzier) and The End Machine (Dokken with a capable singer), Dirty Shirley presents us with a Lynch stretched into new “Frontiers” with the record label of the same name. Supported by a world-class rhythm section of Trevor Roxx on bass and Will Hunt beating the ever-loving hell out the skins, Lynch covers a sonic landscape ranging from the riffage we remember on “Tooth and Nail” and outwards into cleaner bluesy parts with just a bit of grit. However, just because George is driving the wagons west into a brave new frontier, do not think for one moment Dino is just chilling in the back of the wagon sampling the hooch. This album plays out like a contest to see who of the duo can push themselves to maximum versatility, and the winner is us, because we get to listen to it. And it’s great.

The album literally prescribes you the cure for your cowbell fever on the second beat (and kudos to the band, because it’s very cool) before George comes in with his signature classic late 80s “Screamin’ Demon” tone. However, when Dino comes in on vocals, and it’s like some powerhouse hybrid of Russell Allen and Ronnie James Dio, you stop whatever you are doing and look right at your stereo speakers. The opening track, “Here Comes the King,” could easily be a fanfare for Dino himself, and when it comes to rock and metal vocalists of 2020, he may just claim that throne without contest.

A real highlight of the album is the second track, “Dirty Blues,” which alternately sounds like Eric Sardinas and The Black Crowes. The battered-and-fried delta blues tones “hand picked” by George are fun and authentic, but the guitars go right back to his trademark “almost stupid heavy but not quite” Seymour Duncan snarling through EL34 tubes sound for the awesome chorus. At times it is almost hard to believe it is the same singer who was just going balls-to-the-wall on the first track bringing us a soulful blues rock delivery on this one, even mentioning Dirty Shirley herself, which is naturally fun. Not every metal outfit can deliver authentic blues rock, but this gal certainly can. 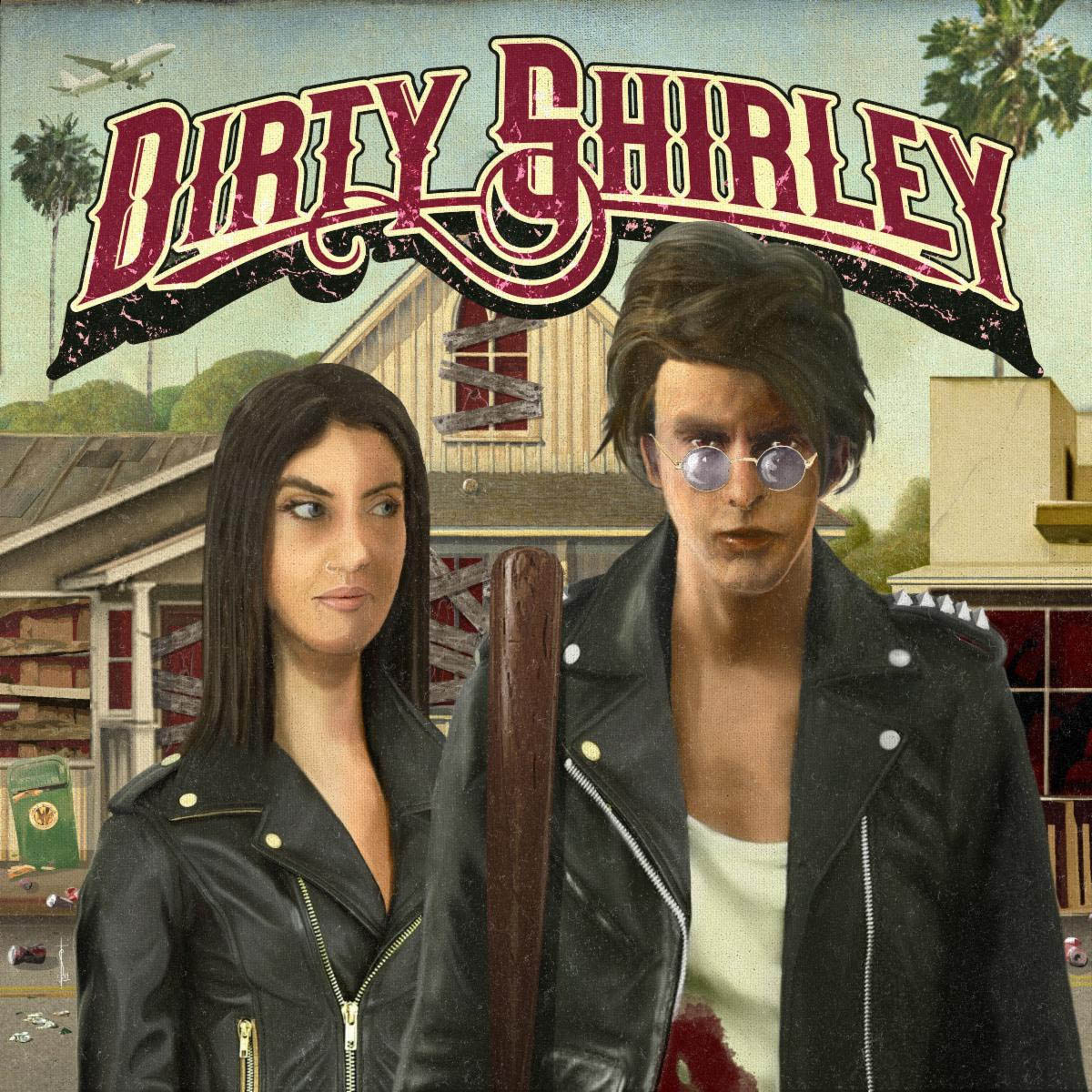 When we think we have the gist of the album figured out, the third track, “I Disappear,” throws us yet another curve-ball. It has an exotic darkness to it, and there may even be some drop-tuning from Mister Lynch, in addition to some very fresh bass grooves from Trevor. When the guitars are only semi-dirty, they swirl in an effects-laden miasma before supporting the big mean chorus. As a whole, it has a unique feel, comparable perhaps only to “Fanatic,” from the “Masquerade” album of fellow Dokken alumnus Reb Beach. Dino wears the keyboardist cape in the record as well, and drops in some cool Hammond organ chords in the right places to give it a feel someplace between Jon Lord and Kevin Moore. To put the icing on the cake, the final “Ooooaaaaohahooow” delivered by Dino at the end of the song is so much like Dio it will make the hairs on your arms stand on end. Just very-well done all around.

OK, so that must be all the tricks, right? No, not even close. The fourth track, “The Dying,” comes in with a tempo and a clean groove that is more like Duran Duran’s “Come Undone” than anything we would normally expect from the Lynch universe. Dino flips some sort of switch and sounds like Purple-era Coverdale. We would compare Dino Jelusick to a Swiss Army knife of vocals, except that a Swiss Army knife is a collection of shitty tools grouped together for convenience. Every tool in the Dino toolbox is honed to beautiful perfection. “The Dying” rises and falls in heaviness until building to a powerful conclusion.

We could go on like this with every fantastic track on this surprise favorite album, and we appreciate your readership as always, but your time would be better spent picking up the album and seeing for yourself. “Last Man Standing” and “Siren Song” deliver straight-up rock in Lynch Mob tradition, including some very cool leads on the latter. “The Voice of a Soul,” is a dirty blues rock beast of seven minutes, jam-packed with heart and soul in the best Paul Rodgers vein, fusing the retro and the now with spectacular results, including call-and-response guitar and vocal scat like Gillan and Blackmore in the golden age. “Cold” is a funky-fresh street-fighting rocker jammed full of attitude, and “Escalator” seems like a standard-issue rock tune until Lynch summons his inner Frank Gambale and gets all fusion-jazz on us. Kirk Hammett could benefit from a listen to “Higher” to get some insights into tasteful wah application. The final track “Grand Master” comes in with the Eastern soundscapes one would expect in a lesson in Grasshopper trying to snatch the pebble from the master’s palm, before immersing the listener in some absolutely stunning steel-string acoustic guitar playing. In the end, “Black Mountain Side” is given a serious run for its money, and the album comes to a satisfying end.

This album is going on the short list for rock album of the year. It does not matter what happens in the next eleven months, unless Bon Scott, Phil Lynott, Freddie Mercury, and Ronnie James Dio are all returned to us in a very short amount of time. Dino Jelusick is the young gun to watch in coming years, and George Lynch remains the “Grand Master” when it comes to rock guitar. The album is well-conceived, flawlessly executed, enjoyable the first time out and the tenth, and is masterfully produced by keyboard and mix-maestro Alessandro Del Vecchio. If you like hard rock of any flavor, do not miss this release. It is the dark horse of 2020 releases, and already a solid favorite. Frontiers Music has the goods right here, or check in with your favorite online retailer.

Wow. Just wow. This is not a mish-mash of old rockers thrown together in a new combination to try to reinvent the glory days. This is the best new rock singer of his generation creating something special with one of the legendary guitar heroes of yesteryear, who, amazingly, is still learning new tricks. The rock roots are authentic for listeners of any generation, but the envelope is pushed just enough to where it is not just the “same old same old.” Please do not miss this one. One of the most promising releases of 2020, hands-down