Despite the revival of old school thrash metal that was subsequently dubbed the New Wave of Thrash Metal (NWOTM) being the subject of various (and frankly presumptuous) obituaries in the early years of the prior decade by online media, the present has seen a scene that is no less potent that it was during its original high point in the late 1980s. To be fair, there was some stylistic maintenance that occurred circa 2013 thanks to the heavier and less overtly retro character of newcomer powerhouses acts like Power Trip, yet there has remained a sizable contingent of bands still releasing material on both sides of the Atlantic that have a clear eye to emulating the early greats that made the style what it was during its original golden era. One such band that has been keeping up the older end has been the French-based quintet Dead Tree Seeds, who come with a fairly obvious set of old school influences, yet want for nothing in the impact department if their latest outing Push The Button is any indication.

While being something of a late comer that swooped in under the radar in the late 2000s and fielded their competent yet obscure debut “Seeds Of Thrash” in 2013, this band puts forth a product that is on a similar level to a number of bands that have been raining down the riff frenzies upon the current generation since the early days of the revival. The overall presentation hearkens back to that period of ambiguity in the mid to late 80s when a number of darker and more forbidding outfits such as Slayer, Dark Angel, Sepultura and Kreator were pushing the boundaries between where thrash metal ended and death metal began, culminating as a sort of missing link that embodies the intensity of the latter, yet is more readily identified with the former. To be clear, there are about as many classic Bay Area influences and even some overt nods to Metallica to be found on this album, but they trade blows with far viler sonic territory quite often.

Every part of this finely tuned thrashing machine puts forth an exemplary performance, but the chief draw of this band’s largely no nonsense, straightforward brand of aggression is vocalist Frank Vortex. Though it is far more common for a guitarist or bassist to also handle singing duties given the general simplicity of this band’s adopted niche, his focus on vocals alone makes a strong degree of sense given that he basically runs the gamut of emulating of thrash associated styles. Most of his time is spent in a sort of rugged, higher end shout that is highly reminiscent of Tom Araya, but nods to the signature gruff sound of Chuck Billy and James Hetfield are also explored, an old school hardcore yell reminiscent of Discharge, along with some occasional overt death metal barks along the lines of Corpsegrinder make appearances here and there. Case and point the otherwise plain nod to Slayer circa “Seasons In The Abyss” that is the “Abjection”, which sees Shamane throw each of these vocal emulations into the pot at various points. 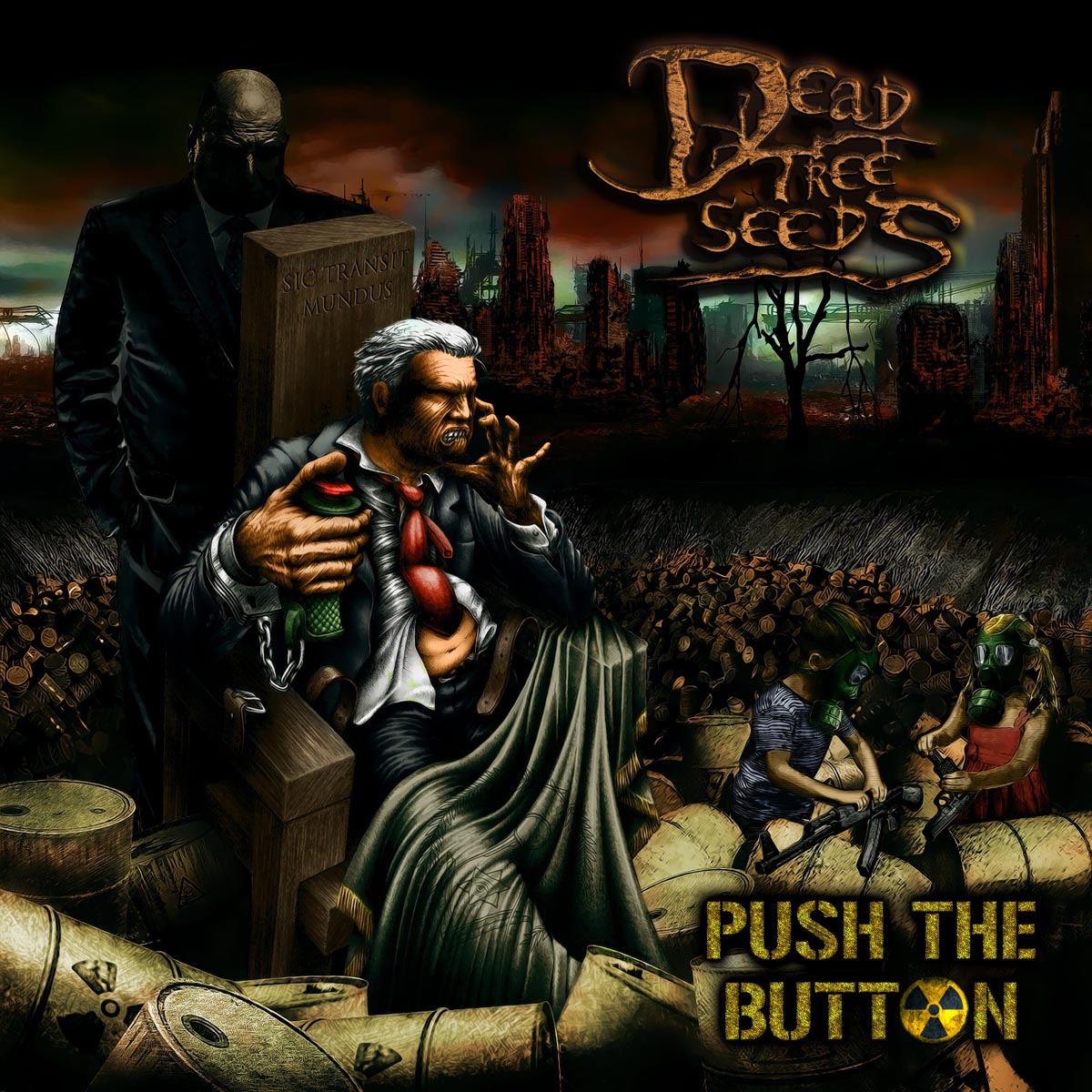 Though the elaborate, borderline schizophrenic vocal display steals much of the show, this is an album that is built off of a very strong and involved musical foundation. High octane bangers such as “Fangs Of The White Wolf” and “Push The Button” are shining examples of how crushing it without relying upon speed alone, yet are also adored with impressive guitar solo displays out of shredder Aurélien that are more in line with the flashy, yet less chaotic and melodically pristine style of Alex Skolnick and Phil Demmel’s handiwork during the technical peak of the Bay Area scene. Indeed, for every streamlined thrasher, there are more multifaceted and longer length offerings like “No Time To Complain” and mix in some atmospheric clean moments with the raging speed and riff extravaganzas. Likewise, things find themselves in pure Testament mode circa “The New Order” on the brief acoustic ode “The Way To Eternity”, which sees a full on display of memorable melodic lead work adorned with flashy runs lays on the melancholy nostalgia something fierce.

In a time where thrash metal is leaning either towards more of a colossal, modernized weapon of war after the mold of recent Havok and Warbringer, or the more crossover bent brand of thrashing that has seen Municipal Waste continue their ascent alongside a slew of newer acts, there is definitely a place for this more retro brand of thrashing brilliance. It may come off as though it is more geared to where the revival was circa 2009 than today, but there is also a certain freshness and ingenuity in how this is presented that makes it about as fresh as anything else that’s been heard out of the style this year. About the only real flaw that this band seems to suffer from is that it took them upwards of seven years to commit their sophomore outing to recording, and hopefully will be prior to 2027 that this album sees a successor to further endear France to the ongoing thrash craze.

With the classic thrash metal revival still in full swing, one of the lesser known players in the movement offers up a healthy course of extreme, quasi-death metal thrashing nostalgia that reminisces upon the days when Slayer and Sepultura were on the fringe