Take a trip around the world via a magic prog carpet ride, courtesy of Guy Manning and his fine ensemble Damanek. The majority of the songs on this sophomore album “In Flight” have an international flair, with stories of struggle and challenge. Yet regardless of the theme, the music is bright, catchy and upbeat throughout. The listener can often find themselves humming the melody or tapping their foot…this is still prog, isn’t it? Yes, indeed.

There are three aspects which stand out prominently in this recording: Manning’s warm and inviting voice, imbued with character; the flowing, mellifluous saxophone of Marek Arnold; and the storytelling which serves as the foundation for each song. Perhaps a fourth would be the guitar solos of Luke Machin, but they are too few and far between to fully qualify, sadly. Manning brings together a very talented cast, starting with the solid rhythm section of Brody Thomas Green on drums and Dan Mash on bass. Sean Timms from the band Southern Empire (as is Green) offers keys, backing vocals and additional guitar. The project is founded by Manning who writes all of the material and plays acoustic guitars, keys, and much more. He is then joined by Timms to explore arrangement ideas before Timms puts his mixing and production magic to work.

Each song has its standout moments, and offers its own contribution to the album as a whole. Opener “Ragusa” launches into an engaging piano solo just two minutes in, which builds intensity before leading into one of Machin’s extraordinary guitar solos. The swooning melody is instantly hypnotic and accessible. “Skyboat” opens with Manning emphasizing his charming vocal delivery, the inflections hitting Ian Anderson-esque timbre, before revealing an anthemic melody singing “I call upon the mountain, I call upon the trees, I call on all the magic that makes up a dream”. Eventually a six-voice choir takes this chorus to new heights, and it couldn’t be more celebratory. We don’t get enough feel-good prog songs, and Damanek is in no short supply.

“The Crawler” adds a little more edge to the proceedings, again beginning with one of the vocal high points of the album. Pivoting from moody verse to catchy chorus, it then stretches out in a jazzy section while letting bassist Mash come to the fore with plenty of tasty sax from Arnold. Brody Thomas Green is very active on the percussion, though he stays relatively further back in the mix so as not to overpower the melodic instruments. On this piece, fiery guitar solos are offered by Antonio Vittozzi with impressive flair. Next up is “Moon-Catcher” which offers a delicious pop ballad that surely could be embraced by music lovers of any kind. Sultry saxophone accompanies throughout, and Machin returns with a celestial guitar solo that would make all the angels in heaven swoon. No, this piece is not prog, it’s just plain beautiful. 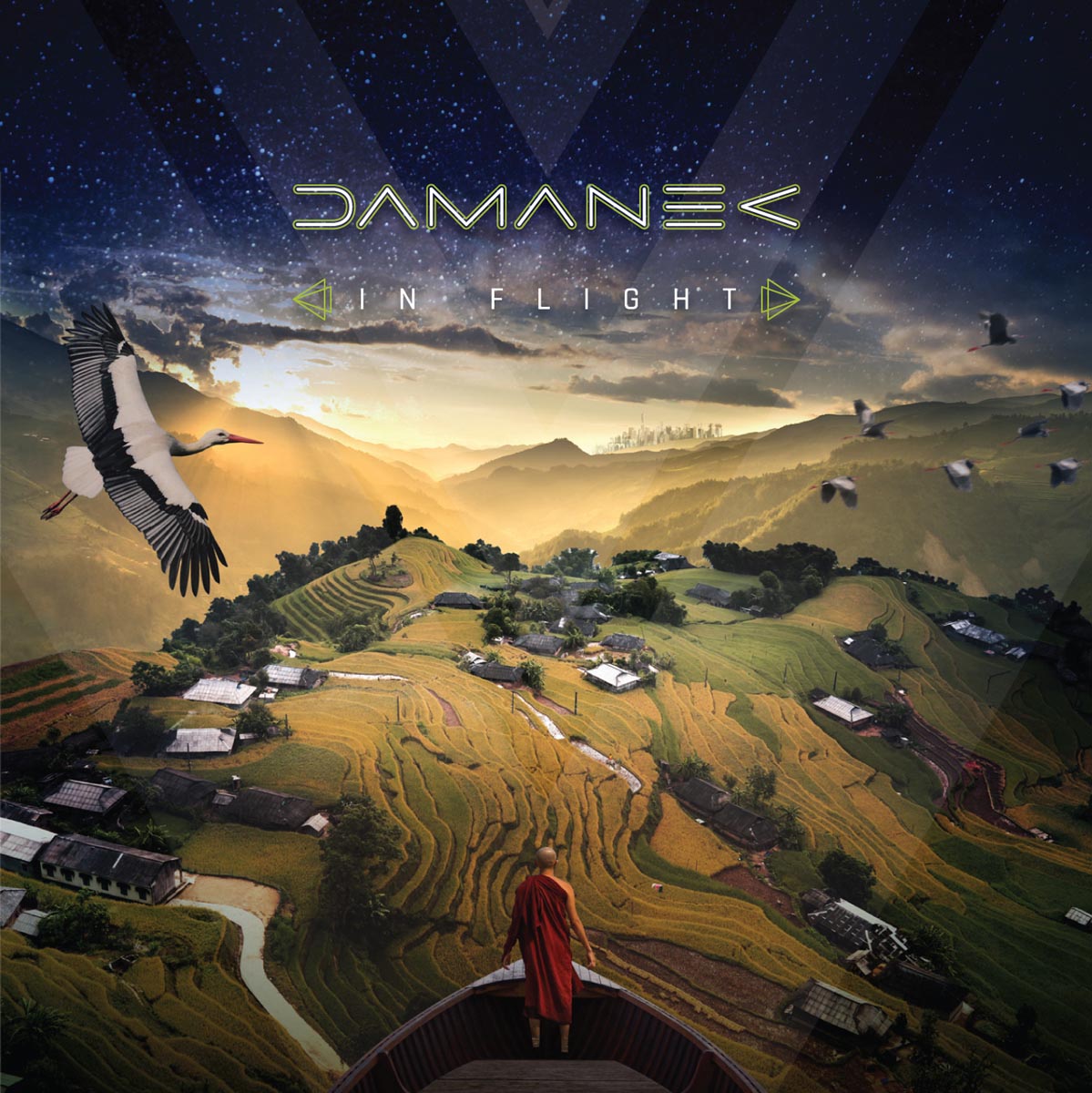 “The Crossing” brings a dramatic tale of border crossing with a sense of musical urgency, which is welcome at this point. A long instrumental interlude ushers back in a sense of rapture as sax, violin, guitar and organ cascade one by one to enthrall the listener before dueling synth solos bring us back to the chorus.

The final three songs make up a half-hour suite called “Big Eastern”. It is here that we travel to China and eventually over to California and New York. Ushered in with gongs, Asian percussion and motifs, Manning stretches out in his storytelling on this one, supported with plenty of engaging instrumental sections. Overall it’s a pleasant sonic journey for the listener, even as the lyrics tell of hardships and tragedy. Second part “The Shaking Earth” brings back the vocal choir in all of its triumphant glory…surrendering to the forces of Nature never sounded so good. Manning has used this choir with restraint but given his knack for writing engaging melody lines, he may do well to explore this more in the future. Our final stop is in Chinatown for a gang warfare history lesson at The Golden Dragon massacre. And suddenly “Big Eastern” has ended. It’s a curious place to end not only the half-hour epic trilogy, but the album as a whole. Damanek have taken us on such a journey that it would be nice to have a shorter closing piece to tie it all together and bring us to a solid conclusion.

The album sounds beautiful thanks to Timms’ production finesse. The songwriting and performance shine out impressively, while the musicianship confidently supports the listener on their journey. Damanek brings a fresh element to the contemporary progressive rock scene, while still retaining a very accessible foundation. Catch them this fall on tour with co-headliners Southern Empire in Europe and the UK for a truly first-rate evening of original, live progressive music.

Listen to the album first track “Ragusa” using the audio widget below.

A light and breezy trip for international proggers to embark upon, Damanek offer an engaging and diverse sophomore album for their audience to explore