Darkness arises from the thrashing depths.

The link between death metal and hardcore is not as tenuous as some might suspect, and while the two may differ in terms of how technically advanced the come across; they are kindred spirits in the world of extreme underground music. Nevertheless, a hybrid approach containing these two sonically divergent styles remains a fringe idea despite it being around for quite a while, and few opt to pursue it when compared to the vibrant grindcore and blackened thrash scenes populating the lo-fi metal world. Recently a fold of musicians in Athens going by the moniker Cursed Blood assembled, and in September of last year unleashed a hate-drenched torrent of sound in the form of an EP titled “Taker Of Life” that has since been making the rounds again thanks to a vinyl edition that further amplifies the album’s rustic and working class demeanor.

Finding a basis of comparison by which to measure this album is difficult given the style’s relative rareness, particularly when drawing close to where Europe borders Asia Minor. Nevertheless, the resume of the people involved sheds a fair bit of the light on this subject, namely that of bassist Tilemachos, whose work with the raw black metal band Burial Hordes under the handle K.T. suggests a humble production with a high degree of jagged edges. Likewise, guitarist Kosta Kostopoulos’ extensive work with a number of stylistically divergent acts hints at something that will prove, if nothing else, unconventional. In essence, all the right elements are in place within this humble fold to unearth something unique and not necessarily bound to the band’s adopted death/thrash/crossover style. 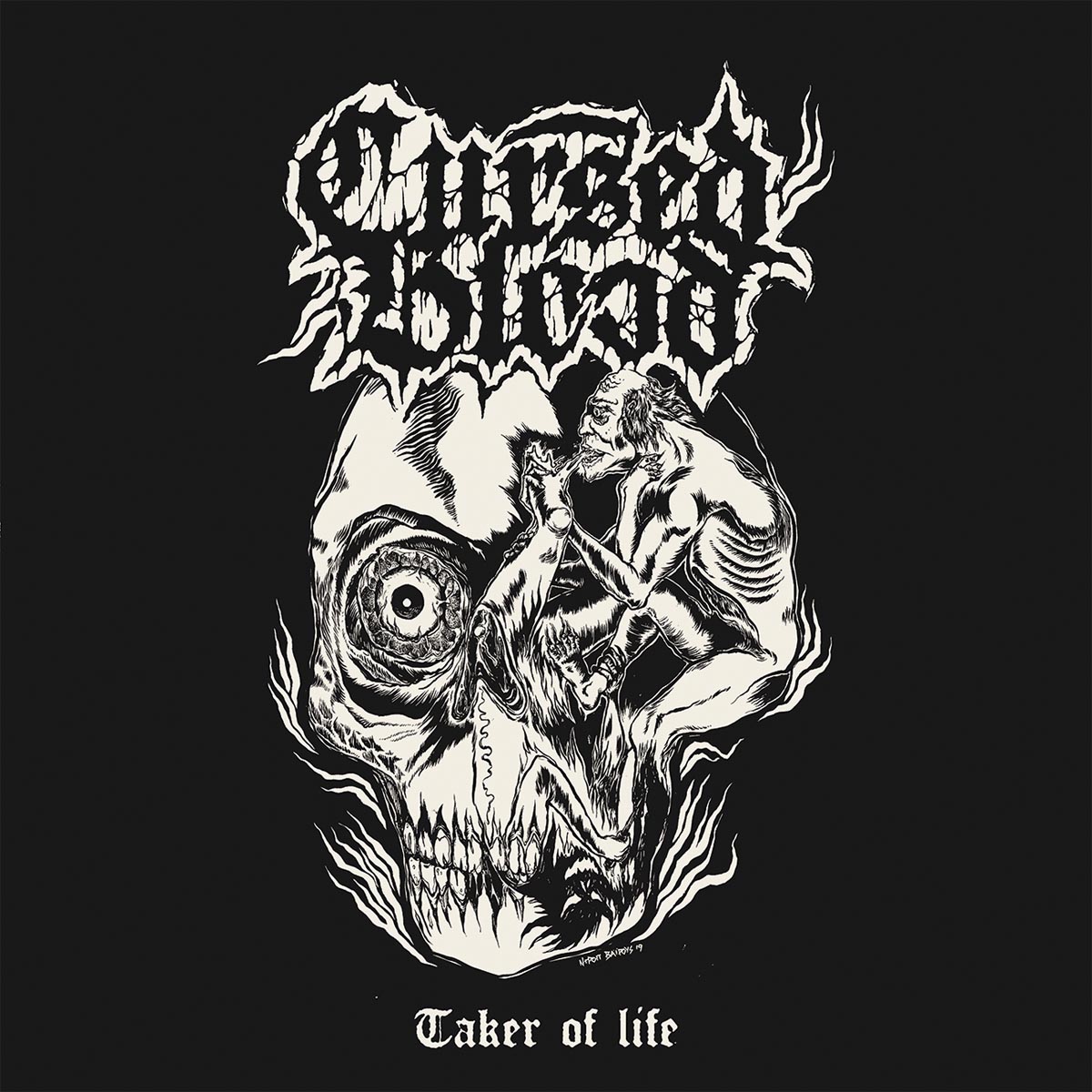 A multiplicity of expressions is bound up here, all unified under the singular theme of rage, but differing notably in terms of method. The opening thrasher “The World Of Madness” and it’s somewhat groovier cousin “Nailed” prove to be the most organized of the bunch, reminding heavily of the hardcore infused violence of North American hardcore death metal trustees Gatecreeper. On the other hand, the punchy drive of “Thorns & Nails” merges a Discharge-inspired approach and marries it to a blast beat and tremolo riff steeped storm reminiscent of Repulsion, and the blasting eruption that is “Silent Era” goes even further down the road of emulating said band almost to the point of imitation. Throwing a further wrench into the works is the slow-trudging, doom-infused title song “Taker Of Life”, which could almost be a sludge song if it ever opted to kick up the tempo occasionally and went in further on the noise factor.

Perhaps this album’s greatest flaw is that it is playing to one of the smallest niches in the entire metal and punk spectrum, but they carry it well and manage to throw in a few surprises along the way. Its greatest appeal is the unconventional songwriting approach, which makes up for a largely static but overall competent death growl out of front man Aris, who is the only member of the fold not known for working with any other metal projects. It will likely have limited appeal outside of those who went for the retro production practices of the mid-90s black metal scene, though the atmosphere is more gloomy and dank than it is grim and frostbitten, and will most likely find the bulk of its audience within the ranks of grindcore fans looking for a vintage Agathocles and early Napalm Death sound.

A dark thrashing beast from the Greek underground metal scene re-releases its first sonic assault upon the masses in the vinyl medium, recapping a vile excursion into lo-fi death thrashing blackness in line with the legacy of Hellhammer.