There must be some secret hidden in the ocean-washed cliffsides of Iceland which holds the key to making extreme metal, for though the population of the entire country is only half of that of Washington DC, the number of quality extreme metal bands it produces is absolutely untouched. 2020 sees Cult of Lilith debut with their full-length album “Mara,” joining alongside the past and upcoming releases from Helfró and Auðn for this year’s heaviest offerings from Iceland. “Mara” embraces a variety of stylistic influences in its eight explosive tracks, each one hardly connecting to the others as this eager collection of musicians attempt to make their mark on the extreme metal scene. Leaning most directly into technical death metal, founding member and guitarist Daniel Þór Hannesson leads the charge in fiery ambition as Cult of Lilith crosses from classical influences all the way through flamenco throughout the duration of “Mara.”

The most overwhelming characteristic of “Mara” is its absolute discord across the album as a whole, forgoing organic growth between stylistic influences to haphazard leaps across the most striking flourishes which define their sound song-by-song. Electronic undertones that illustrate the turbulence of “Purple Tide” disappear entirely as more symphonic inclinations surface just one track later. Without a trace of the mysteriously haunting sci-fi elements to tie “Purple Tide” to the rest of the album, this hard-hitting track is left adrift on its own as one part among many, rather than a cohesive element to support the other equally technical tracks. Similarly, the flamenco passage on “Profeta Paloma” sticks out like a sore thumb with a jarring transition into it and no tie-ins to the distinct sound anywhere else in the album. Cult of Lilith is not the first technical death band to toy with adding flamenco to their work: Equipoise imbued their 2019 debut “Demiurgus” with touches of flamenco throughout, working it seamlessly into the instrumental array which came to define one of the year’s most adept technical death metal albums. The difference stands in the overall cohesion of both albums and the transitions into a sound which strays so far from the extremity of death metal, and the flexibility across tracks to adapt to such striking style changes.

Instrumental precision is one of the greatest strengths of “Mara,” stemming primarily from Hanneson and drummer Kjartan Harðarson working together to create the most brutal and memorable parts of the album. Between the blast beats and impeccable rhythm kept by Harðarson, “Cosmic Maelstrom” is absolutely insurmountable in its thunderous power. When it comes to riffs that swell somewhere between stellar and stupendous are in penultimate track “Zangano,” treated kindly by a mix that works to integrate a complex guitar with the given tone of each track. As much variety exists within the sound of “Mara” itself, the production throughout the album is of a consistently high quality that treats the nuance of the leading guitar with great care to preserve the most technical elements of Hanneson’s work. 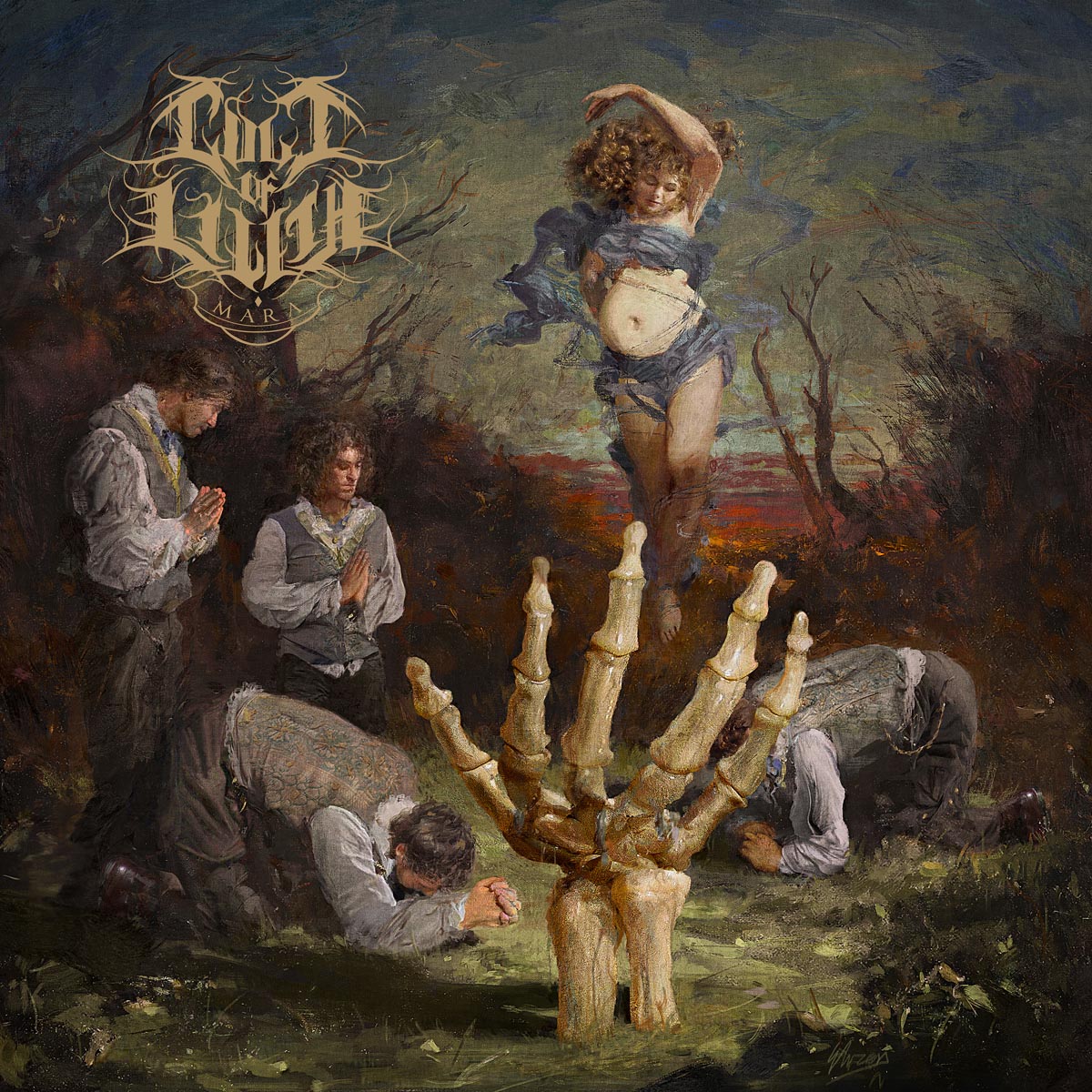 Matching this often dynamic sonic assault is the show-stopping vocal power of Mario Infantes Ávalos, the leading edge that helps “Mara” bring its devastation forward in full force. Consistent strength across a range of screaming and growling compliment the various styles which Cult of Lilith samples throughout this debut, though Avalos shows particular skill throughout the oppressive might of “Atlas” and evokes a particularly emotional performance in “Zangano.” The vocal highs and lows of “Atlas” give Ávalos to show off his range while still fitting in with the sound Cult of Lilith has established for that track, being one of more straightforward technical death metal, though Avalos is able to give it a poetic twist over the course of his inflection. Hanneson keeps the riffs on the side of the blisteringly technical, while Avalos keeps the vocal direction moving in a more straightforward aggression that seems to always match the given atmosphere of each track. Despite the overall disarray on “Mara,” there is no question that the musicians which make up Cult of Lilith are meant to work with one another for the strength of their cohesion.

At the end of the day, “Mara” shows Cult of Lilith sharpening their skills with a project that may have been a result of biting off more than they could chew. While a debut album will typically lay the groundwork for where a band may be pointed in the future, “Mara” leaves Cult of Lilith as a wildcard full of potential and a broad range of exciting paths which they may yet walk. Given how self-contained and explosive each track was on its own, there’s no question that these Icelandic metallers have the ability to dive into any number of sounds as they settle into a more concrete identity. Though their debut was somewhat disjointed, there’s no question that one should keep their eyes on these up-and-coming artists who certainly have the potential to disrupt the world of technical death metal.

A disjointed and discordant debut still holds incredible promise for the future, with Iceland’s Cult of Lilith dishing up delightfully devastating brutality of the highest order.