Polish metal act Crystal Viper has returned with the follow up to the band’s 2017’s return album “Queen of the Witches,” the first to follow vocalist/guitarist Marta Gabriel‘s health issues in 2013 (after the release of the enjoyable, but not completely up to par, “Possession”), which had cast a shadow over the band’s future. “Queen of the Witches” was true to form adding speed and power to flank Gabriel‘s trademark Ann Wilson meets Leather Leone vocal style.

When “Tales of Fire and Ice” was announced, the artwork was revealed (a rather horrible drawing of Gabriel as an angel) and it drew immediate, vast and loud negativity on the internet. However, despite its ‘childish nature,’ it still recalled some of the early 80’s albums with similar simplistic artworks that are considered metal classics to this day. The band sadly capitulated to the pressure and changed the cover instead of simply standing their ground and letting the music do the talking. When the first single and video clip – “Still Alive” – was revealed, it appeared artwork wasn’t the only thing the band bailed on, but also its stellar and consistent songwriting, which appeared to have bowed to the safe, glamorous and over saturated symphonic metal scene. This will prove fatal for long time fans, as Crystal Viper has always kept its blade stained fresh with blood of metal’s past? Though there are some notable tracks that feature on “Tales of Fire and Ice,” the contamination of symphonic metal could signal a full and dangerous directional change… a death knell for the band.

“Still Alive” sounds like yet another replication of Battle Beast, infusing 80’s pop into symphonic metal. Battle Beast aside (you author is a huge fan, having patented that style and trend), the saturated symphonic metal scene has been scrambling for something to liven up what has quickly become an inundation of stale songwriting and terrible operative vocals. For bands like Crystal Viper, which has a decidedly old school metal fan-base, seeing that video was heartbreaking. Marta‘s vocal style over the majority of the album is cleaner and safer. While positive to receive the complete attention of mouth-breather male stalkers, Gabriel‘s once gritty sweaty, leather clad, guitar flashing, true metal look has now adopted the glamorous, supermodel style which is found in nearly every symphonic metal band. To add insult to injury, “Still Alive” doesn’t even compare to a great Battle Beast tune – it’s, at best, filler material for “Bringer of Pain.”

Could it get worse? Immediately following the horror of the opening track, “Crystal Sphere” gets the band half way back to normal – an uptempo, but not quite as speedy, track with a fetching chorus. “Bright Lights” follows that up and brings the band back to more familiar territory. Even with a little hope, the poison of what sounds like a drastic sound change hasn’t been fully been sucked out of the ass of the songwriting at this point. “Bright Lights” gets even closer to expectations and the best of the lot to this point. 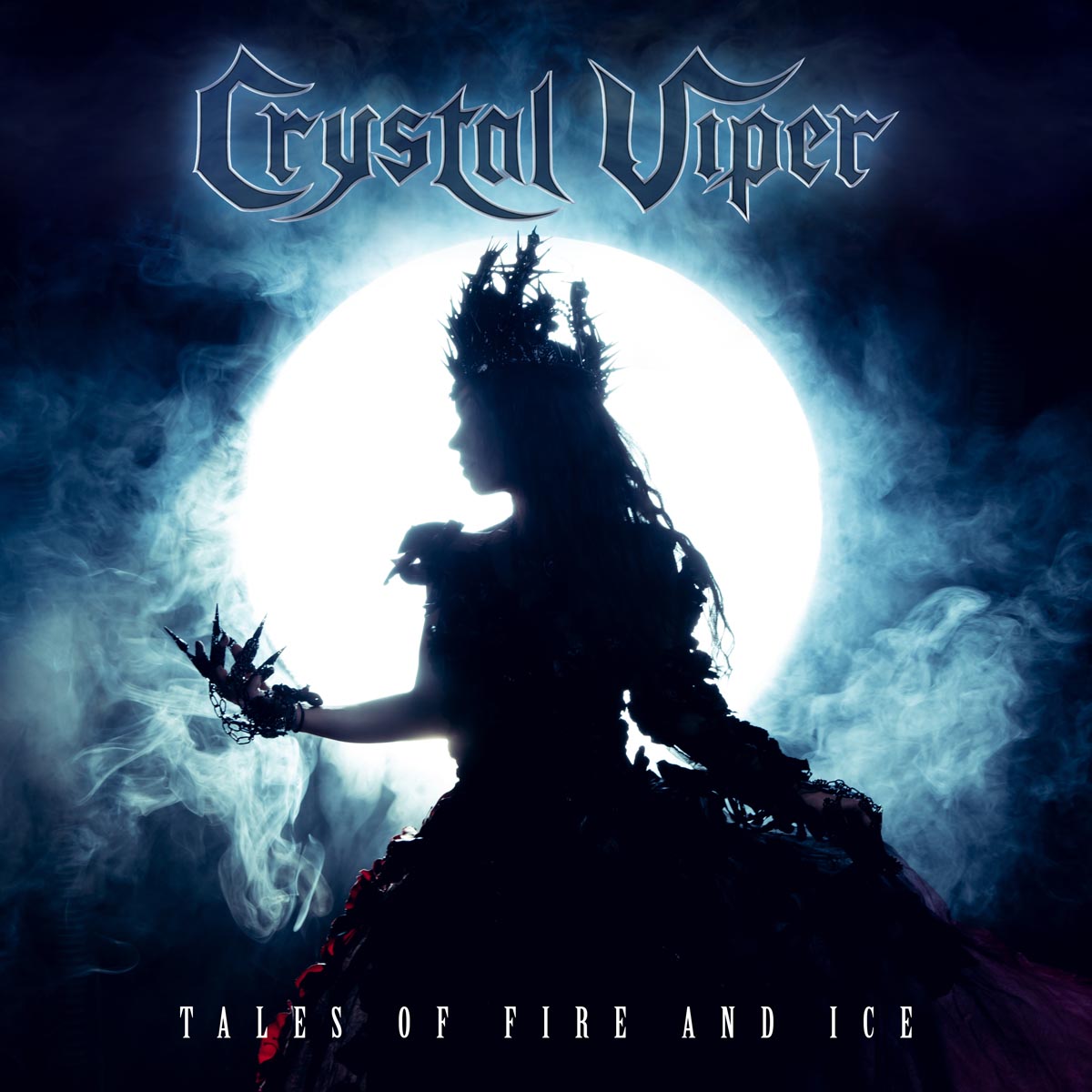 Suddenly, the poison battles back with “Neverending Fire” – another weak, mid paced victim of trends. Immediately, the mind wonders: “where is ‘I Fear No Evil’ or ‘Do or Die,’ or ‘Flames and Blood’ or ANYTHING resembling ‘Queen of the Witches,’ not even the much earlier classics”? Following the abomination, “Under Ice” does picks up the tempo a bit, but Marta‘s once tough and jagged vocals are now sung in a trendy smooth and safe phonetic style. Has the band completely lost the ability to sound anything like we expect?

Then it FINALLY hits….“One Question” settles the ‘question’ firing off the first song truly worthy of its past. The speed and pure metal are all there and Marta sounds truer to form, making this the clear highlight of the album. “Tomorrow Never Comes” is another winner – and the disguise is finally cast aside for at least a few songs in a row. The closing original is “Tears of Arizona” – a serviceable, but safe ballad. Sadly, even the band’s history of amazing cover tunes (Grim Reaper‘s “See You in Hell” in 2017, Riot‘s “Thundersteel” in 2013, Vader‘s “Tyrani Piekiel” in 2012, Accept’s “TV War” in 2010 and Agent Steel‘s “Agents of Steel” in 2009) takes a hit with the inclusion of Dokken‘s “Dream Warriors” (and this comes from a big Dokken fan).

Sadly, “Tales of Fire and Ice” marks a change in Crystal Viper‘s staunchly speed metal songwriting. The jury is still out on whether succumbing to the latest trend works for the band’s success or not. While a band cannot be faulted for trying to make a living, one with an expectation of consistent and decidedly more pure steel songwriting may find that it’s fan-base could bail quicker then they did when facing internet trolls about artwork. Still, the album has its flashes of brilliance, albeit brief, and that gives hope for another return to form on the next.

“Tales of Fire and Ice” Track-listing:

Crystal Viper has not only capitulated on the original (albeit bad) artwork, but sadly has also succumbed to the current trends in symphonic metal. Once a band that was defined by speed and traditional metal, with a female singer that could kick the ass of most male singers, Crystal Viper has steered the sound, and look, towards safe, familiar and overly saturated subgenres. There are a few songs that fit well within the band's past, but the majority of the album comes across like a second rate Battle Beast.