“State of Deception” is a bit of a comeback story, both for the band and its lead singer. Here’s the back story. After studying opera for a few years, Norwegian singer Roy Sætre Khantatat, better known as either Roy Khan or just Khan, was invited to join progressive metal act Conception (led by guitarist Tore Østby) in 1991.

The band released four studio records and forged a unique progressive metal sound before Khan moved on to join American power metal outfit Kamelot in 1998. In his tenure with Kamelot, Khan established a massive presence in the band, vaulting the vocals to new heights and contributing theatrical, thought-provoking lyrics that elevated the band’s sophistication and success (especially overseas). Unlike many metal singers, Khan has a diverse range and emotional delivery with his unique pipes, so when it was announced that he was departing Kamelot, it was a massive blow to fans of that band. The nature of the departure was unclear with rumors of mental health concerns and religious conversion only stoking the fires of controversy and constant wondering if he would ever return to the band… or the stage at all.

When Khan left to work with Kamelot in 1998, Tore Østby moved on to forming Ark with John Macaluso (drums) and Jorn Lande on lead vocals. Though a short-lived unit, Ark released two studio albums, and the second (“Burn the Sun”) was a massive creative (though not commercial) success that featured something very unique in the guitar department. Østby’s playing is both familiar but fascinating, as manages to deliver something a little out of left field in both tone and technique. But Ark did not survive internal differences for long, and so both Khan and Østby ended up in an extensive silent period out of the fan’s eye. Supporters of Ark and Kamelot have long wondered if Khan and Østby would ever re-emerge and reconvene. An EP in 2018 called “My Dark Symphony” revealed that the two were very much back in business, reunited with Arve Heimdal on drums and Ingar Amilen on bass. Now in 2020, they have released their first full length recording together in over two decades, and one can confidently say with a smile, “They’re Baaaaaack!” 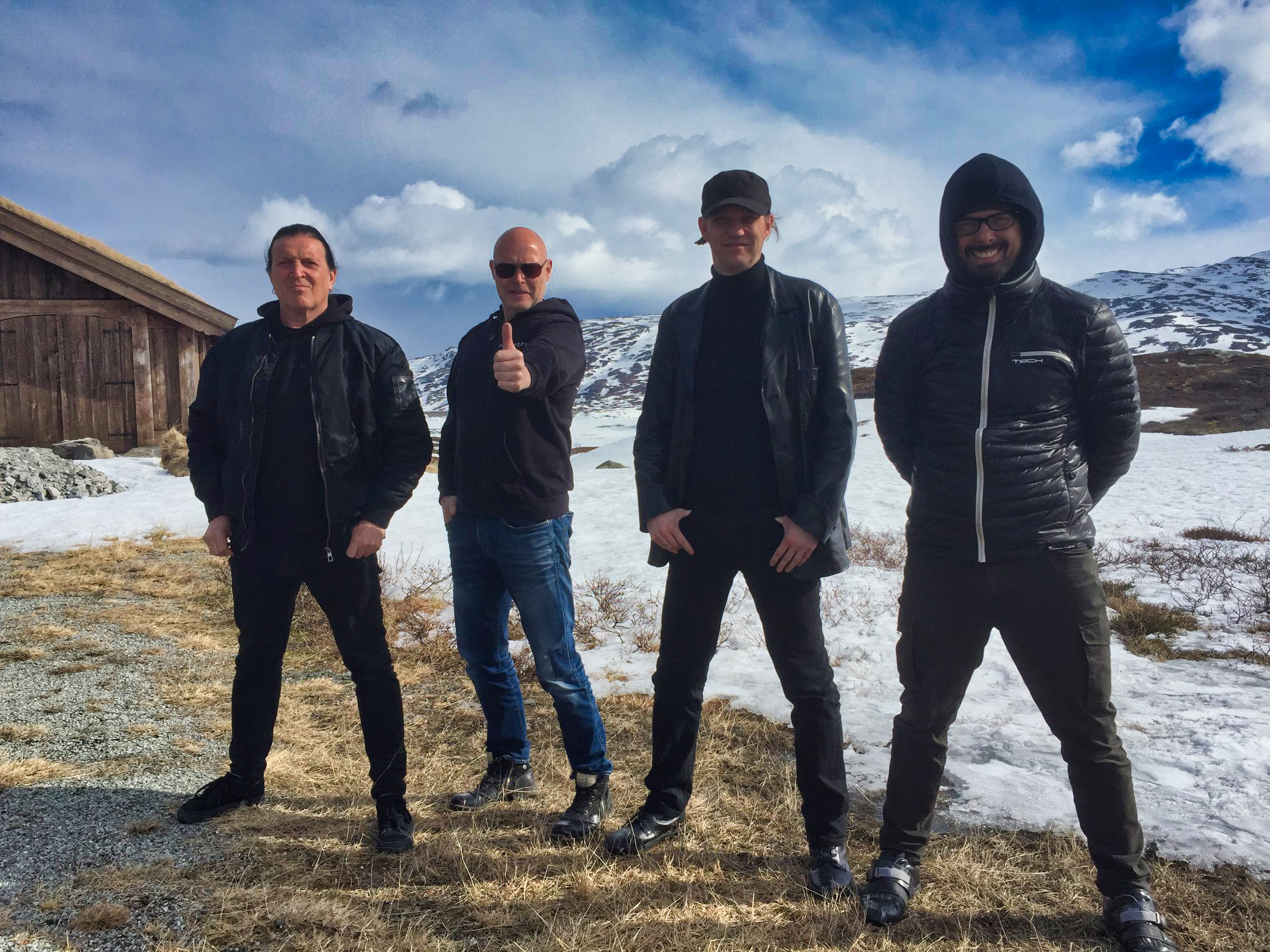 “State of Deception” is not a perfect record. For one, it’s too short. And it could benefit from a couple more killer tracks. But both Khan and Østby provide their really unique “voices” to deliver something that stands out for flares of uniqueness. It’s a record that requires multiple listens in headphones to fully appreciate for both the songwriting and production, and while it leaves the listener with a whetted appetite more than a fully satisfied stomach, there’s certainly enough to make those who missed Khan and Østby smile. And eagerly wonder what might be coming next.

The record opens with a blaring alarm clock, as if to symbolically state that the long wait is over and it’s time to wake up and pay attention. What unfolds next is a set up—a short instrumental that feels more like a soundtrack than a song. “In Deception” features a middle eastern flare and a sonic, symphonic build up that ends before things ever really get going. It’s like the music that opens a show before the curtain falls to reveal the band. Theatrical? Absolutely, and consistent with the vibe the band puts out.

“Of Raven and Pigs” then kicks off the collection with a dark, angular riff that gives off a bit of a dark vibe like an older Black Sabbath riff. This track represents the return of Roy Khan, and it demonstrates a side I’ve not heard before. At times, his performance sounds like that of a mad religious leader crying out in the streets to rustle up a rebellion. Breaking up these spoken lines of zealous rallying is some delicate falsettos and heavy crooning that fans of the Norwegian front-man have come to love.

It’s a strong statement that he’s back with a glaring display of versatility. Not to be left out of the spotlight, Tore Østby demands to be heard with a frenetic guitar solo that’s unbridled in both playing and tone, and it stands out for its lack of predictability. The song is heavy, unsettling and leaves you with a sense of restlessness that seems to match the spirit of the subject matter—with an atmosphere somewhat reminiscent of Queensrÿche’s “Anarchy X.” 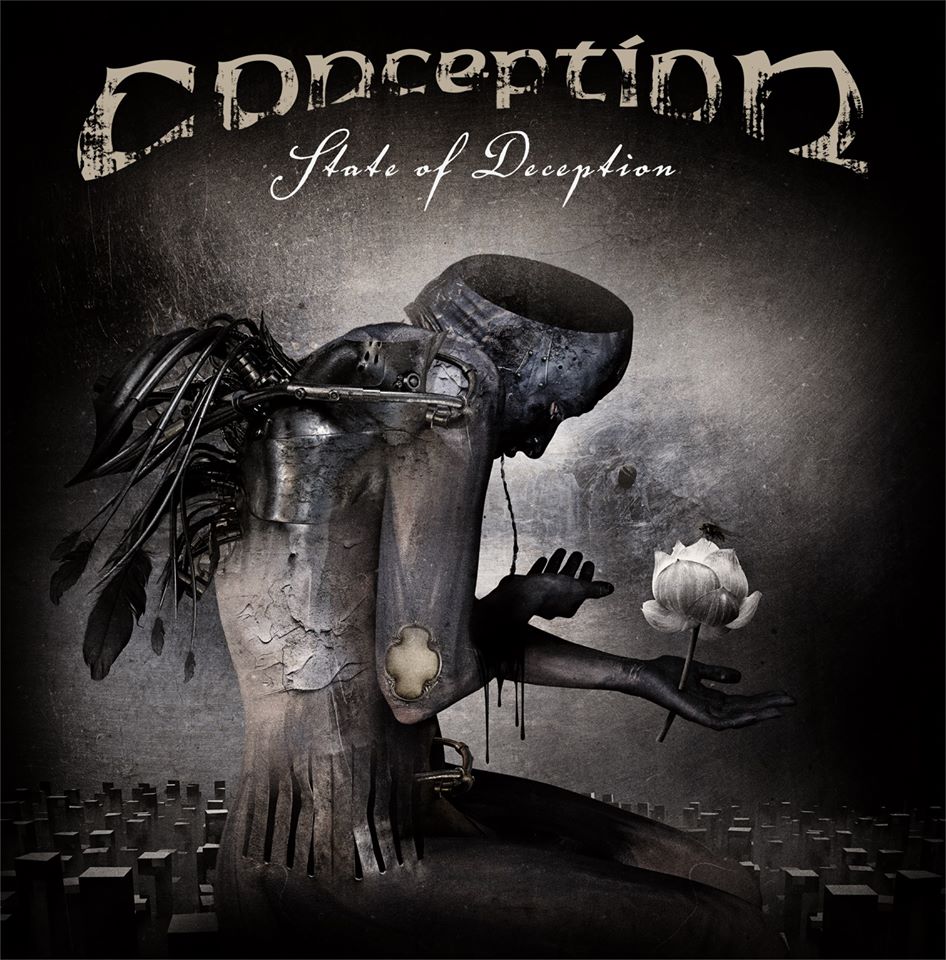 By now, the listener is looking for a sense of melody to grab onto, and Conception delivers it on grand scale with the next track, “Waywardly Broken.” This is a tight, catchy track that might have fit in the Kamelot canon, with Khan delivering a beautiful delivery and Østby playing to the song but demanding to be heard with tone and note choice. This slower tempo track is one of the strongest moments of the record and the production nuances can best be appreciated with a good set of headphones.

“No Rewind” kicks down the door with a more aggressive riff and a sinister vibe oozing from Khan’s delivery. Whereas the previous track sounds like it would have belonged on a Kamelot disc, this one could have sat nicely on an Ark release, with some blistering playing by Østby. Again, guitar takes the foreground and won’t budge.

“The Mansion” harkens back to the gentler, balladish moments of Kamelot’s tracks like “Abandoned” from “The Black Halo” with piano and female backing vocals adding new flavors to the mix. Guest appearance by Amaranthe’s Elize Ryd, who also sang backup with Kamelot on tour after Khan’s departure, only add to the sense of familiarity, and the track features some angelic vocals by Khan to top it off.

Next up is “By the Blues,” which is oddly named, because it’s a raucous, riffing sweat-work. There’s nothing bluesy about its hard rock sound, grooving synth pattern, catchy chorus and more unpredictable soloing. It’s a good example of the production strength of the record. The drum sound is big and clean, and everything is mixed in a way that plays nice with everything else. A fun track that’s good from the first listen and improves with future ones. 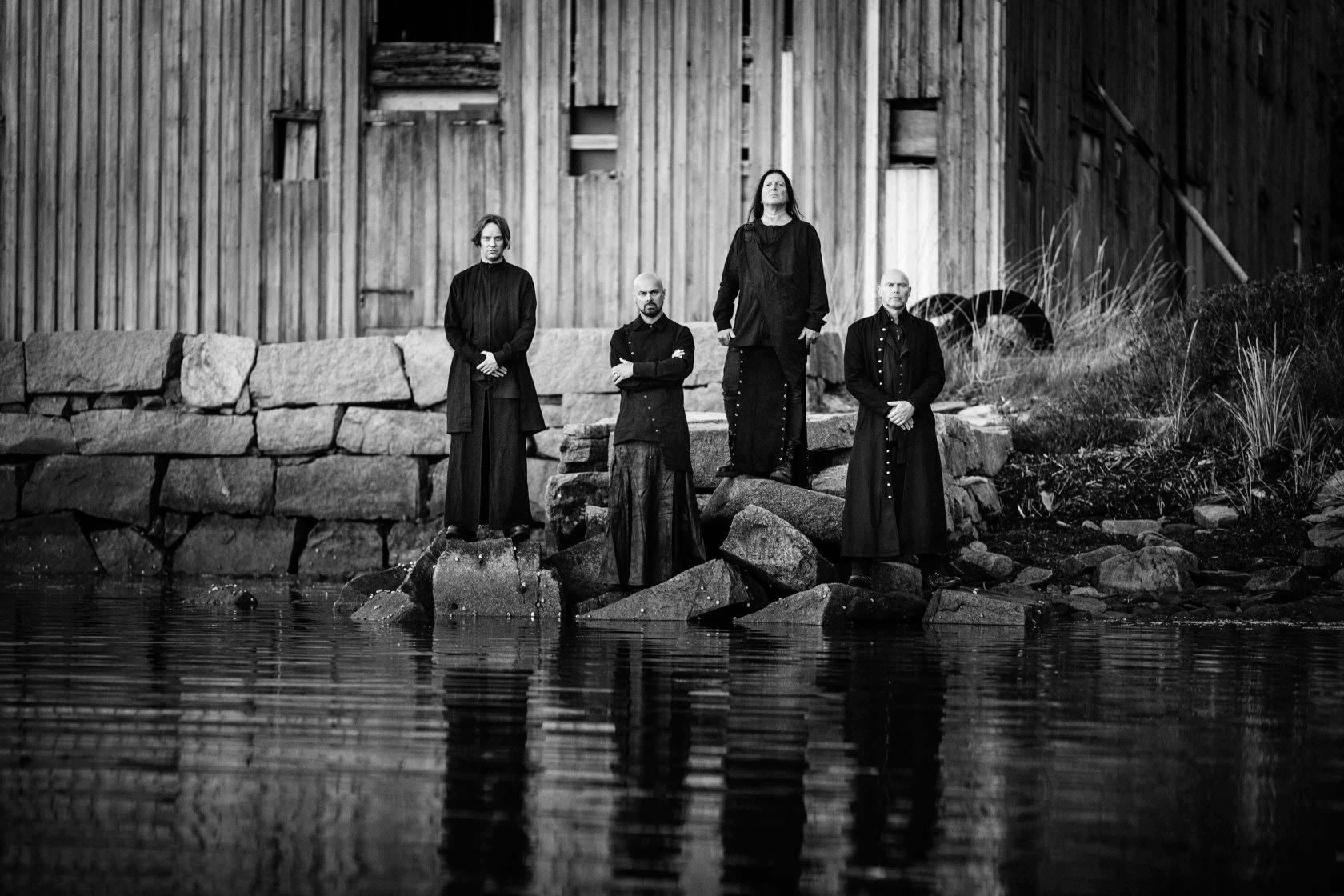 “Anybody Out There” opens like a song from a musical, with overly dramatic vocals from Khan, and a plodding chorus that seems to belong in a rock opera. While not a slouch track, it kinda feels out of place, as if it belongs as part of a staged production with costumes and props. The percussive and symphonic elements make this slinky composition a bit of an outlier to the typical progressive metal template most of this record sits in.

“She Dragoon” returns to Conception’s rock roots with a building opening that takes 45 seconds to get ripping, rocking and riffing, but when it does, you’re right in the middle of what Conception is all about. There’s a little Deep Purple “Perfect Strangers” vibe to it with an enjoyable breakdown in the middle that once again gives way to a distinctive Østby guitar solo, displaying all the offsetting nuances that make it unique. Some lovely female background vocals by Aurora Amalie Heimdal smooth out the ending of this great tune.

The final track of the record, “Feather Moves” is a very robust ending, and a chance for the rhythm section to take the spotlight. The tone of bass and drums gets front loading in the mix, pumping a fluctuating odd time signature verse that yields to a floating, gorgeous chorus which is purely signature Roy Khan. This progressive track is deftly executed and summarizes the talent and musicality of all four members, with Østby playing tastefully reserved, waiting for his moment for a solo and making the most of it with details and nuances that once again give him a unique voice that’s hard to overlook. Sonically, this song is rock-solid and caps off a definitely strong comeback statement, one that leaves me confident with Conception’s abilities, yet eager to hear how far they can reach in the future with the talent they collectively contain.

It’s excellent to hear Khan and Østby back together. The future seems bright with Conception back in the musical landscape, even if the skies are often dreary in Norway.

Roy Khan and Tore Østby reunite with their unique talents to forge a solid comeback album that is full of interesting performances and production, but could have risen to newer heights with a couple additional really strong songs. A welcome return for the Norwegian progressive metal act!