One does not normally associate a meditative state with the dissonant rage normally tied to the violent fury of central European extreme metal, but that is the contradictory image put forth by the newly formed blackened death metal duo under consideration. In much the same manner as the highly successful, Polish-born promoters of this fiendish union of extreme metal subsets Behemoth, Ceremony Of Silence is a band that walks a fine line between an atmospheric and an impact-based approach. Along for this metaphysical excursion is a rather unique blend of Immolation inspired ferocity in the vocal department, a highly technical riffing set comparable to the handiwork of the New Zealand-based tech death extraordinaire outfit Ulcertate, and a frosty production quality that conjures up similarities to Deathspell Omega and even occasionally that of Blut Aus Nord. If nothing else, it could be accurately stated that Oútis, this duo’s 2019 debut is a unique creature.

This album’s very name, a Greek word meaning “no one” that was often employed by writers and artists in order to maintain anonymity, conveys a sense of mystery and esotericism that is all too fitting for its adopted style’s aesthetic. It effectively walks that all too fine line between the dense, forbidding atmosphere that often typifies the higher fidelity yet non-symphonic offerings of black metal and the more percussive impact and virtuosity of technical death metal. To the uninitiated, this duality may often come off as a bit bizarre, as the almost djenting, down-tuned character of the bottom end of the riffs and bass work seems to clash with the dissonant, flowing arpeggio lines that often emerge from the guitar work, not to mention the jarring shifts from a rhythmically diverse mixture of note clusters thrown to the listener in rapid succession versus the more simplistic droning chords over a uniform blast that compares more closely to the early handiwork of Burzum and Darkthrone, albeit with a polished production.

The diversity of influences streaming out of these songs and the avant-garde fashion in which they are unified is introduced in a manner that is anything but gradual. Right from the very onset of “Invocation Of The Silent Eye”, this album’s opening song, the cacophony of notes from the guitars and the jazzed up drumming lands on the ear with a resounding thud that’s punchy enough for Meshuggah, yet brutal and dense enough rival any of New York’s seminal death metal pioneers. It actually borders on unbelievable that front man Vilozof manages to perfectly mimic the inhumanly guttural groans of Ross Dolan while also juggling guitar and bass duties. Similar impact-based feats of technical insanity spring forth in “Trance Of Void” and “Black Sea Of Drought”, chock full of flashy riff fragments spliced together in a form that almost sounds random, like an extended atonal guitar solo that somehow manages to work in perfect synchronicity with Svjatogor’s equally frenzied and fill-happy drum work. 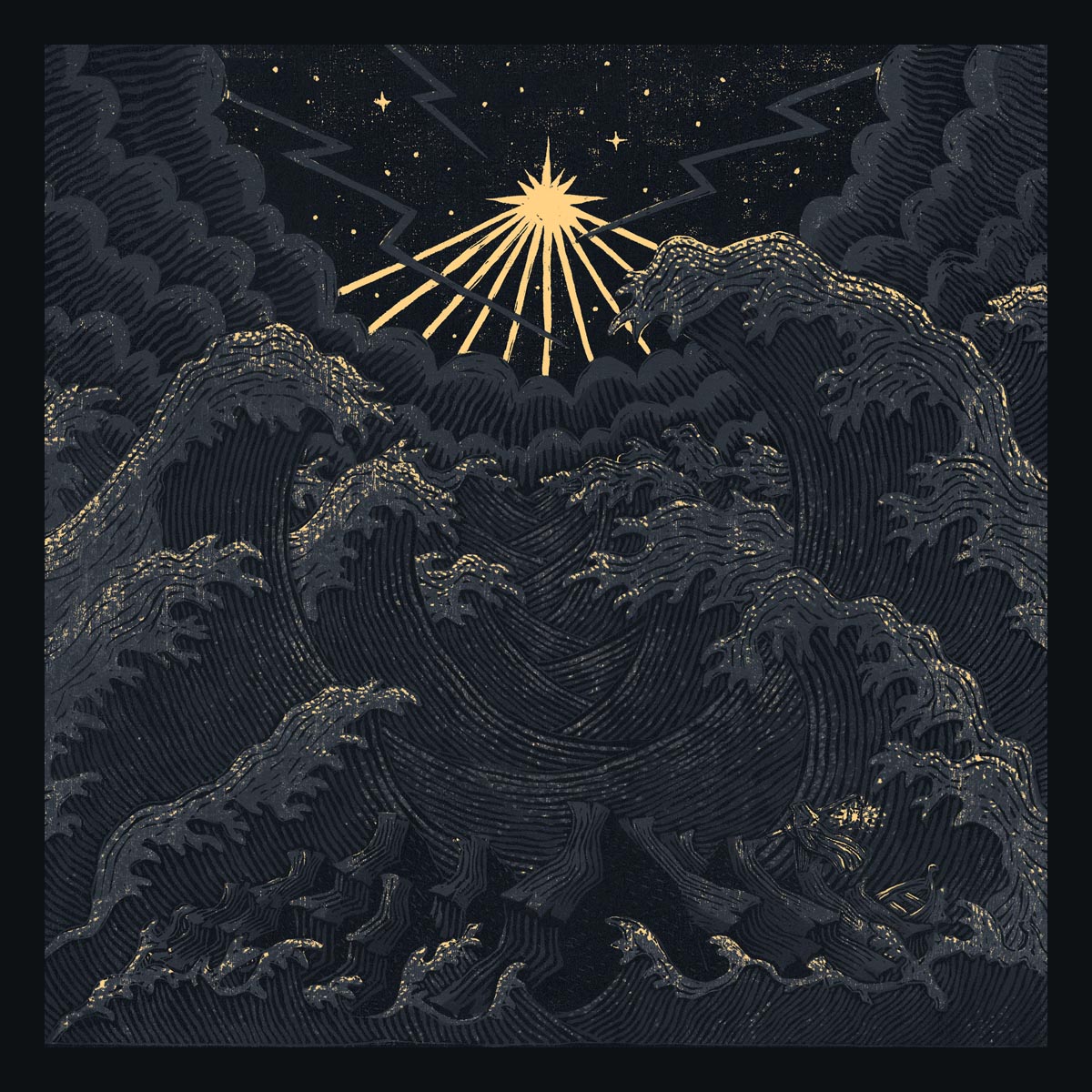 To this band’s credit, they are not wholly beholden to a one dimensional expression of tech-based chaos, and make for needed occasions to tone things down a bit. The most obvious respite from the unrelenting deluge of notes is the droning, midway through interlude of a ballad “Upon The Shores Of Death”, which functions in a sort of ambiguity between being a purely ambient mixture of sorrowful guitar harmonies and a slow progressing song with a restrained rhythm section that somewhat resembles what Burzum’s Filosofem might have sounded like with drums and a professional production. On the somewhat less overt side of the simplicity coin are a pair of less rhythmically discordant anthems in “Ceremony Of A Thousand Stars” and “Arising Of No Man” that, while obviously frenetic and blast happy, have more of a straight line death metal character that may prove far more accessible to the average extreme metal fan that gravitates more towards Vader rather than Decrepit Birth.

It goes without saying that an album of this stylistic persuasion is going to be a grower, but even by the standards of a number of tech death bands, this is a highly nuanced sonic experience that plays to a very specific audience. If there is any flaw in its presentation, it is that it is so complex of an offering in spite of its relatively short duration that it may struggle to appeal even to mainline fans of blackened death metal. There isn’t quite enough overt technical noodling or non-traditional metal instruments to make this an outright niche experience in the same manner as a band like Nile or Necrophagist, but it has its own distinct flavor that is definitely distinct from most of the more popular central European bands out there dabbling in either death or black metal. All the same, it is an extreme experience that is strong enough to hold a torch to Behemoth at their darkest, yet also fancy and mixed up enough to play well to anyone looking for a few twists in their death metal.

Silent meditations are an ironic eventuality for one of the louder expressions of metallic brutality, but this Slovakian duo’s flair for all things esoteric and dark make a palpable racket for those craving things black and modern