With 2019’s excellent “The Door to Doom,” Candlemass turned the clock back 23 years by bringing back original vocalist Johan Längqvist.  Evidently, the seven-year gap between albums and the throwback lineup where enough to invigorate main man Leif Edling, because now, a year later, we’re being treated to an EP from the “The Door to Doom” recording sessions.

The EP consists of three full length tracks and three much shorter instrumentals.  The title track, “The Pendulum” starts us off.  After a brief, slightly haunting introduction, it kicks right off into the mid-tempo doom that Candlemass pioneered and perfected.  The verses employ a powerful, driving riff, and then everything slows down into the chorus of some of Längqvist’s forlorn, yet fun to sing along with, wailing.  It’s a wonderful track, and I’m a little surprised it was left off the album.

Next up is “Snakes of Goliath,” which is a slightly different beast.  The song is a sandwich.  It starts off with a slow and, honestly, boring segment that just lists along for a few minutes.  Then we get to the meat, an intriguing and ominous riff backing up a more vigorous vocal performance.  It sounds like a different song, a better song.  A song I’d wouldn’t mind listening to longer. After a quick and fun solo, we’re back to the sad old bread. There’s really a lot of potential the song, but it feels incomplete.  I need some cheese, maybe a tomato please.  I don’t need whatever that underdeveloped outro was, an olive on top maybe?  I’ll stop with the bad sandwich metaphor.

Next are “Sub Zero” and “Aftershock,” two of the short instrumental demos.  “Sub Zero” is a beautiful little interlude that’s over much too soon.  This one I also feel could have made the album after cleaning the production up a little bit. I can’t remember “Aftershock” at all, and I don’t think you will either.

The last full-length song, “Porcelain Skull” starts off trying to trick you into thinking it’s “Snakes of Goliath” all over again, but a little more developed.  I lied about being done with the sandwich metaphor, because this song is just a different sandwich.  It feels like they took that soggy bread and made something good out of it. It follows the same pattern, after the bread (which is much better this time around) we get a different flavor of meaty faster riff and shredding.  There’s even another tiny little outro bit.  It still feels incomplete.  It seems clear that Candlemass were working hard to figure out where to take the idea.  They got two demos out of it, but no song.  Which is to be expected from songs labeled (demo), and maybe I’m being a bit harsh.  Really both songs are fine the first listen or two, but then it’s time to find something to eat that was properly prepared.

Okay, now I’m done with the sandwich metaphor.  For real this time. 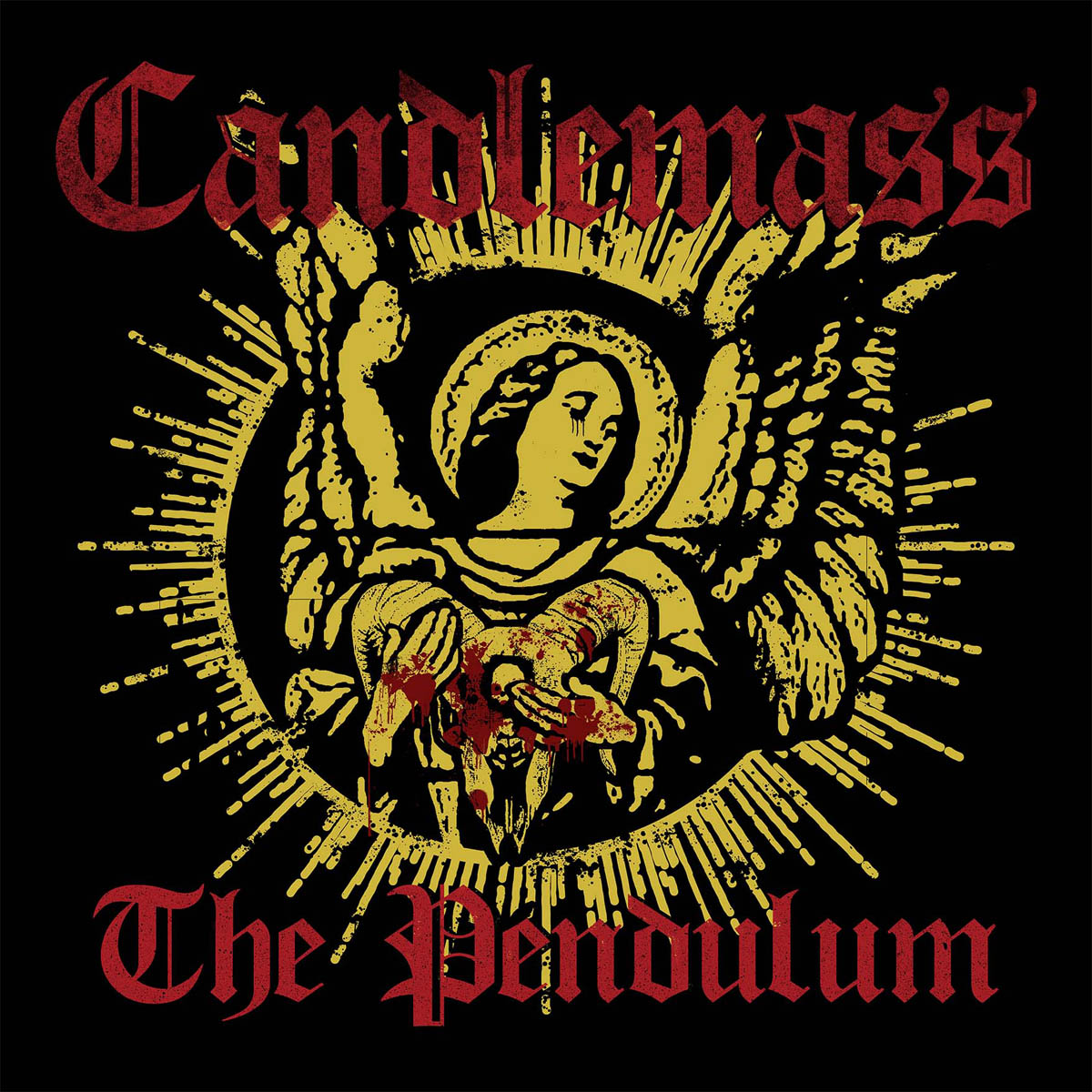 The EP ends with another short instrumental, “The Cold Room.”  It has potential too, but, unfortunately, by now the rough production has reached critical mass.  Weaker production is to be expected on any song that says “(demo)” at the end, but here there are so many terrible screeches as fingers slide along guitar strings that I want to stab someone.

All-in-all, “The Pendulum” is about what you’d expect from an EP of unreleased stuff about a year after a good album.  There’s one great song that would have fit perfectly on said album, and there’s two songs that are just one, incomplete idea.  It’s a promising idea, but obviously they didn’t figure it out before running out of time.  It’s really a fun listen, and a testament to Candlemass that their leftover sandwiches, er… songs, can be so delicious.  I enjoyed my time with “The Pendulum” and “Sub Zero” immensely.  I enjoyed even more being inspired to go back to “The Door to Doom” and “Epicus Doomicus Metallicus” for the 50th and 1000th time respectively.  Hardcore fans will love this EP; medium fans will love the reminder to jam last year’s LP a few more times.

Candlemass return with an EP of leftovers from their last album, “The Door to Doom.” The band was on top of their genre with that release, and fans craving just a little more after their first new material in 7 years will love “The Pendulum.” More casual fans can probably wait without much loss