It’s remarkable that while legendary bands like Iron Maiden and Dream Theater have both released their fair share of dud albums, Norway’s Borknagar are eleven albums and nearly a quarter century into their career with no throwaway efforts to speak of. Alongside Emperor, Borknagar has been responsible for taking the groundwork of Norwegian black metal and elevating it to rival the most forward-thinking progressive noodle-heads out there. The key difference between Borky and Emperor is this: Borky never quit making albums.

“True North” is a continuation of both ground where Borky‘s been since their inception, and their deeper embrace of Nordic and progressive stylings that present a moderate shift away from their black metal roots. Opening cut “Thunderous” sounds just like classic Borknagar, replete with bombast, dynamics, and reverential references to the glory of the natural world. “Up North” ups the ante, opening with an upbeat tempo and uneasy progressions and organ work that recall “The Presence is Ominous,” from their 2000 album “Quintessence.” The song quickly departs from that script though, as once and current Borknagar  singer/bassist Simen “ICS Vortex” Hestnæs drops the frightfully effective vocal layers of that older track (and I promise you’ve never heard anything like it before) in favor of straight clean singing. In fact, you’ll find him doing this over more traditional black metal moments on “True North.” And damn, does he sound good.

A word about Vortex. I knew during his first stint in Borknagar that he was an above-average singer.  His later work with Dimmu Borgir proved beyond measure that he was indeed a fantastic singer; his break on “Progenies of the Great Apocalypse” remains one of black metal’s finest moments. With Vortex back at center stage after the dismaying departure of longtime front-man Andreas “Vintersorg” Hedlund, he is free once again to establish himself as the force that he is without the use studio trickery. His multi-technique layers and one-man-choirs are mostly gone and have been largely replaced by a lone dude and his microphone, delivering the goods. And if upon hearing “Up North,” you’re not convinced that he’s one of contemporary metal’s greats, I invite you to get your ears checked.

Sadly, Vintersorg isn’t the only Borkmeister to bid the band farewell.  After nearly two decades of a mostly stable lineup, “True North”  sees drummer Baard Kolstad (Leprous, Rendezvous Point, Arch/Matheos) and longtime guitarist Jens Ryland part ways with this remarkable unit. Stepping into Baard‘s shoes is Bjørn Dugstad Rønnow, a drummer not quite as left-field as Kolstad nor as technically wowing as longtime Borkster Asgeir Mickelson (Spiral Archtect, Ihsahn), but somehow still perfectly qualified for his new throne. Rønnow‘s approach is more orthodox, content with being the backbone rather than the venomous telson. As Vortex‘s vocals, the band’s overall vibe, and certainly the production, Rønnow‘s drumming is earthier and more organic than that of the Borknagar of yore, capable of dazzling feats but never feeling the need to brag. Bluntly, the dude’s freaking perfect for this band. 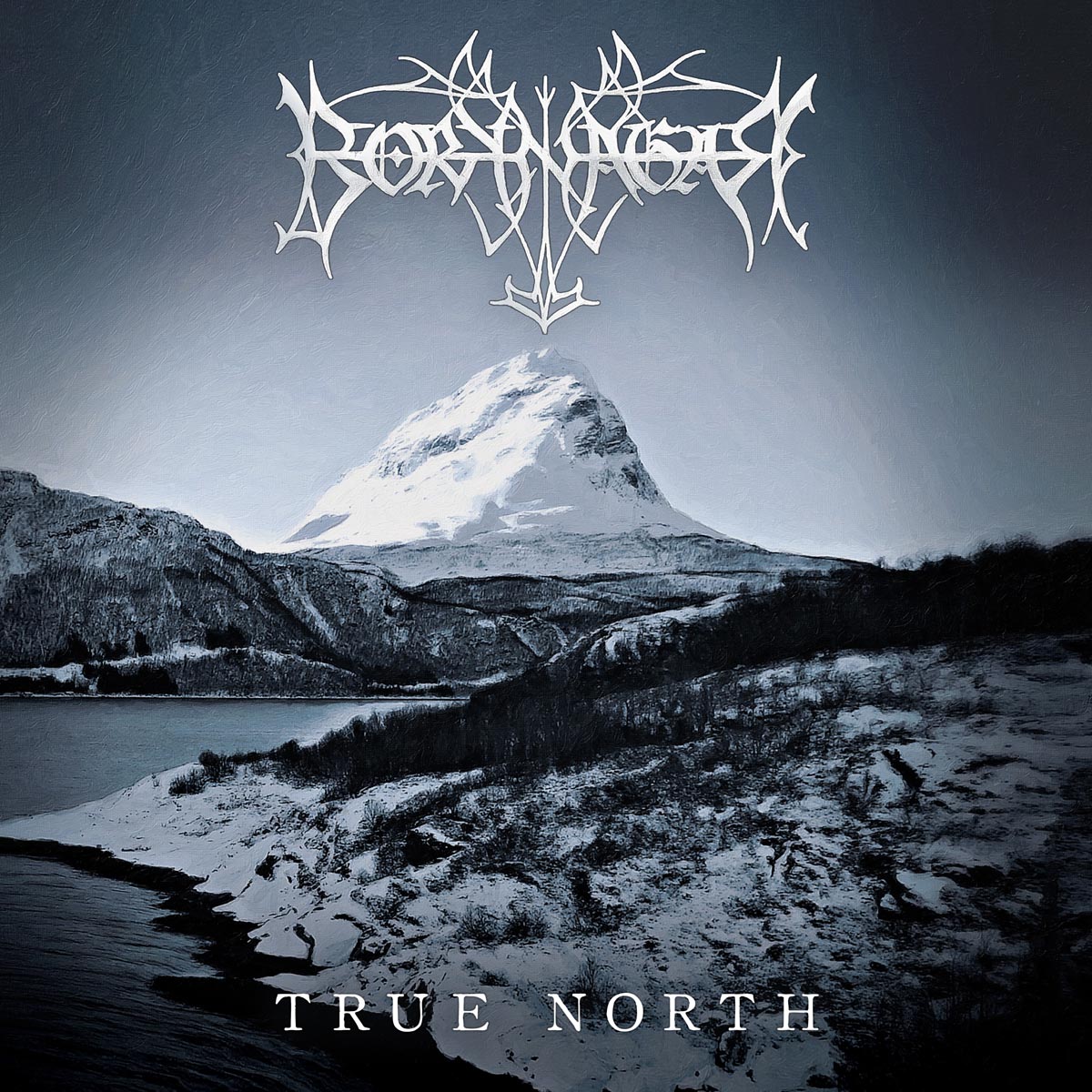 And the new guitar guy? Well, black metal is a genre often predisposed to dexterous and creative but not particularly flashy guitar playing. The soloing at the second half of “Tidal” doesn’t quite embed a battleaxe through that notion’s skull, but new guitarist Jostein Thomassen is given a sliver of reign to shred his happy little  heart away. Despite his age, he is wise enough to keep the noodling to a minimum, and decidedly doesn’t get carried away the way some other adept Scandinavian guitarists might. The first of these solos is a modest affair, opening with delicately vibratoed upslid doublestops that act as a melody unto themselves. Soon, though, he launches into a brief but beautifully harmonized solo that wouldn’t sound out of place on one of Iron Maiden‘s mellower moments. It would sound completely forced if any other black metal band were to attempt it, but it fits so beautifully into the Borknagar sound that you might not even notice it.

A lament entitled  “Wild Father’s Heart” is another standout on “True North.” While it does beckon Borknagar‘s breathtakingly beautiful 2006 acoustic album “Origin,” it also ventures into freaking ballad territory, a first in the Borknagar realm as far as I can tell. Opening with a guitar melody anguished enough to recall Sentenced and latter-day Woods of Ypres, Jostein and bandleader Øystein Brun’s guitars tearfully interweave with Simen‘s funereal singing as Brun eulogizes his recently departed father with a requiem that honors his noble memory without resorting to sentimentalism. Masterful stuff here, y’all.

The monumental badassery of having not one, but two extraordinary vocalists gets put to solid use on “True North,” particularly on the Lars Nedland-led album closer “Voices” and on the defiantly skeptical “Mount Rapture.” Interestingly, this multi-singer amazeballs was topped previously only by Borknagar‘s own previous record “Winter Thrice,” their last with Vintersorg at the helm, and which also featured an incredible guest appearance by original front-man Krystoffer “Garm/ Fiery Maelstrom/ Trickster G” Rygg (of Ulver and Arcturus notoriety) on the title cut. All four of these motherfucking badasses took the mic on this song. But that’s a subject for a different day. Despite all the difficulties this band has endured in their lengthy career, this new album demonstrates that not only is Borknagar a band that endures in spite of hardship, they thrive just to spite it. Briefly, “True North” is a record simply overflowing with awesomeness.

You're not worthy. Mercifully for you, these sons of Odin have abandoned the barbaric ways of The Alföðr and have generously deemed the masses deserving of this greatness