What would happen if you were to take the melodic keyboard and atmospheric sounds of NIGHTWISH, the forceful guitar riffs of KAMELOT, and the expressive and emotional vocals of EVERGREY and put them in a blender? You would get one exceptionally well-crafted cocktail entitled The Offering. Although Canada might not be the first country one would think of when it comes to high-class melodic metal BOREALIS once again prove their potential with strong melodies, tasteful instrumentations and their very own blend of modern metal riffs, classic power metal, and progressive elements. Over the years they have opened for many of the abovementioned bands: KAMELOT, EPICA, and SONATA ARCTICA, and EVERGREY to name a few, and that certainly illustrates where their musical influence on this record originates from.

The Offering is a concept album that follows the creation, rise and ultimate demise of a cult who practices human, more specifically child sacrifice. They believe this method of belief, sacrifice, and devotion will bring an end to the suffering of humanity, as well as bring back the innocence of mankind that was lost to greed and industrialism. However, due to their lack of respect to powers greater than themselves, they unwittingly create a deity out of the sacrificed kid, whom ultimately delivers punishment due to their injustice. The men in the cult are too self-consumed with their righteous quest, they’ve completely overlooked the fact that children are the true key to restoring and preserving lost innocence.

Over the years of listening to many concept albums by several bands, some of them within certainly disparaged genres, I’ve learned that concept albums can be a hit or miss experience. When they miss is typically because either the entire record would sound like one extremely long song, or the music would not match what is narrated in the story. I’m happy to ascertain that BOREALIS elegantly avoided the shortcomings described above while crafting twelve well-constructed keyboard-driven songs, and The Offering juxtaposes an intriguing perception, with a dense musical atmosphere that sucks you right into an ambitious conceptual landscape. 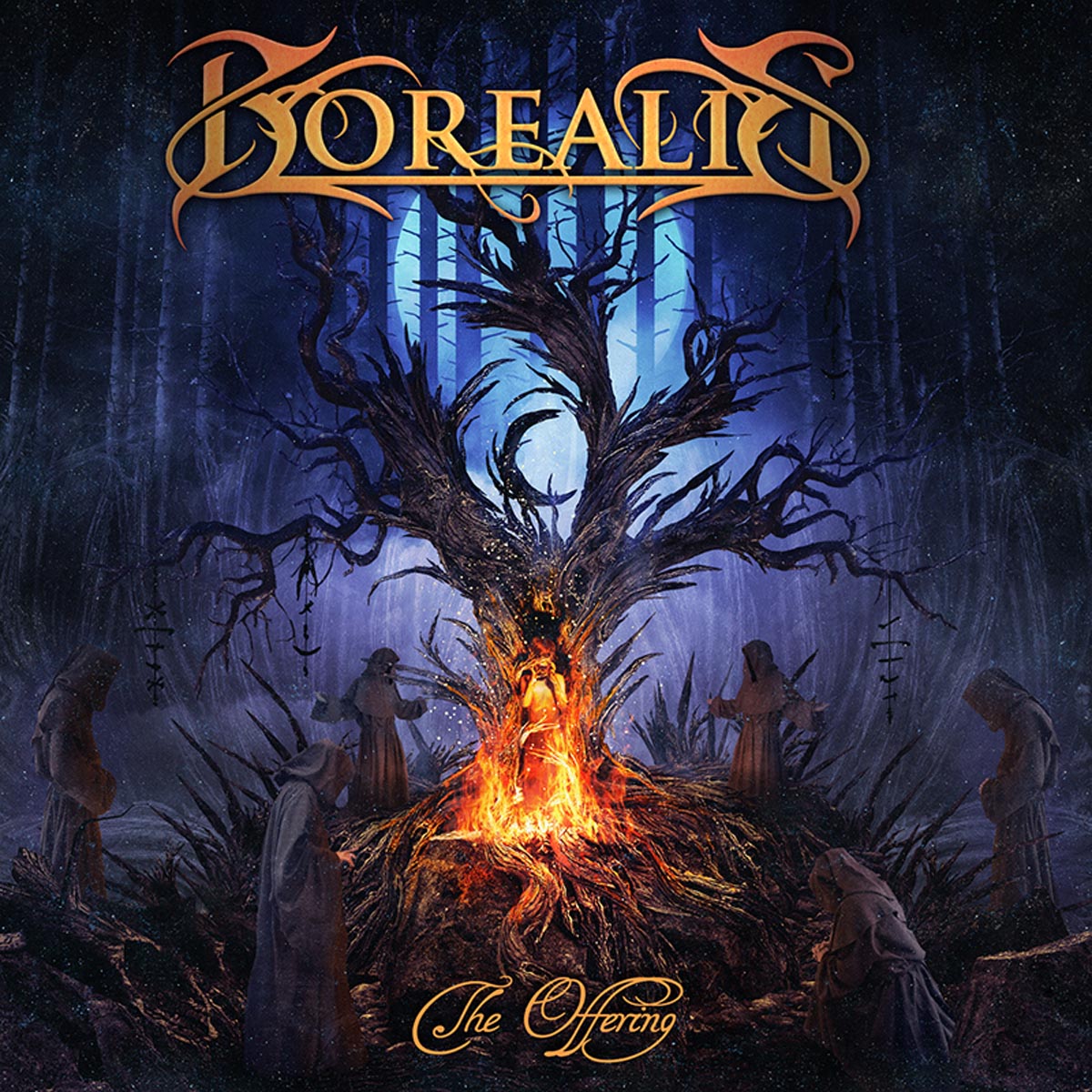 Relying on the modern prog/power procedure and a spotless production – courtesy once again of drummer Sean Dowell –  the album opens with “The Fire Between Us”, sporting a modest yet somewhat haunting guitar melody leading into some thunderous drumming and driving guitar riffs. Adding dosages of newfound aggressiveness, memorable hooks, and songs dripping with passion and simmering with authority you’ll navigate the rest of the journey, enjoying tracks like “The Offering” and “Sign of No Return” bearing meticulous guitar playing and more emphasis on upbeat rhythm sections. Another noteworthy track is “The Awakening,” a power ballad with soaring vocals and a guest female singer chiming in towards the end accompanying Matt Marinelli, certainly adding a complimentary and admirable layer to the music.  Reality is her voices really make you wish she had a bigger presence in the rest of the song, as well as in other tracks of the album. The closing cut, “The Ghosts of Innocence,” contains all the elements that stood out throughout the previous ones, the atmospheric keyboards and prevailing guitar solos, and even the guest vocalist returns, truly make the album go out with a bang.

A very rock-hard and accomplished release BOREALIS have definitely taken a step further in their aim of defining a sound of their own, despite their former – and still lingering around – influences. The Offering is one of those albums that invite you to enjoy them from start to finish rather than connecting with individual songs, and if melodic metal chock full of catchiness and atmosphere is right up your alley, then The Offering definitely deserves a place in your music library.