Black metal may be one of the clearest glimpses at the frigid maw of hell, a yawning chasm from which nothing but cold wind blows across abandoned hopes. The absolute fury of desolation channeled into art through furious screams and static is part of the genre’s inherent appeal, an embrace of strings and blast beats which make some sense of internal chaos. Yet it has never been without its soul, a hidden warmth that can be drawn out by calculated musicianship and careful intention. Such is the path taken by the Norwegian black metal quartet Blot in the blistering storm of their sophomore album “Howl From the North.” Rather than giving in to a sea of directionless percussion and fragmented screams, this album presents a true display of precise musicianship and superb command over atmosphere while integrating elements of folk throughout its duration.

The value of “Howl From the North” does not come from cheap ploys of shock or raw horror. Instead it is an experience crafted with the expert hands of artists, each successive track slowly revealing a world which they have carefully built. Standing on the might of its musicianship and airtight songwriting, every moment of “Howl From the North” is an extraordinary experience that employs emotions from desperate solitude to the comforting embrace of self-satisfaction. Using two guitars, the dynamic soundscapes of tracks such as “Aegirs Brusende Rike” are as boundless as they are unpredictable with complex riffs dancing atop reliable rhythm work. Dazzling solos on the likes of “Scales of Ancient Stride” show lead guitarist Bent Orstad having complete command over his skills, tearing through insatiable hooks and rising far above the chaos of a dual vocal onslaught as he fills the heavens with riffs. “Howl From the North” is not limited by any form of repetition, each song emerging as a fully formed world which embraces galloping melodies and unexpected flourishes, particularly as Orstad is consistently given a clear place to stand out in a well-balanced final mix.

Not only does lead vocalist Jan Åge Lindeland have a showstopping scream, but he is complemented across the album by backing vocalist and rhythm guitarist Ruben Gentekos. Together they express a spirited anguish that gives “Aegirs Brusende Rike” additional depth against its surprisingly melodic accents, the duo excelling in their execution without ever stealing away the allure of a track’s instrumentals. The epic closing track “Berserker Storm” begins with a straightforward delivery of screams and relentless drums, but “Howl From the North” is an album that is anything but predictable. Sweeping from distorted chords to thoughtfully layered bass, ten minutes of unrelenting speed and precision give each musician a final opportunity to prove their endurance through the midst of a frenzied storm. The energetic and compelling means of establishing a unique identity through the many layers of “Howl From the North” gives Blot a sound that is refreshing and exceptionally captivating. 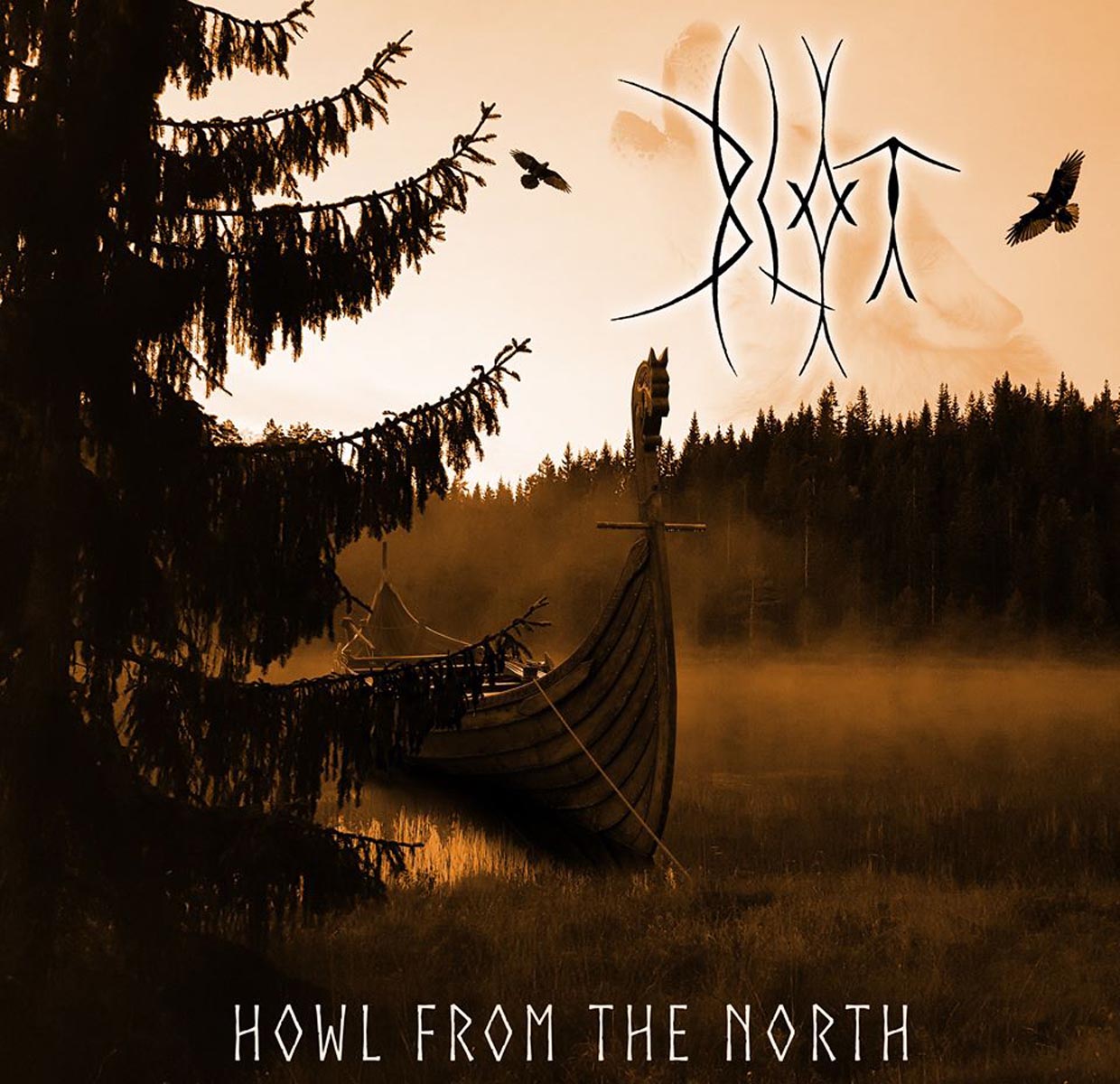 “Howl From the North” Album Artwork

Control over tempo is one of the many features that gives “Howl From the North” such an instant appeal and pulls Blot’s sonic identity away from other black metal acts. Rather than offering a feast or famine that tears listeners from a ceaseless sonic assault to funerary dirge, Blot encompasses a range of speeds to demonstrate the full spectrum of their capabilities in any environment. Title track “Howl From the North” digs deep into a slower bass line at the opening to set the scene for an unforgiving winter, but carefully ramps up the intensity to a gale of screams and varied percussion. Not constrained to blast beats and bright cuts from the cymbals, drummer Stig Reinhardtsen is given an impressive amount of room to maneuver around the group’s guitarists and often plays a crucial role in delivering atmospheric intent. The folk-inspired “Fanitullen” is just one place where Reinhardtsen demonstrates his versatility, lending himself to the sole track on the album that could be described as somewhat lighthearted. Given such a thoughtful reprieve in the heart of “Howl From the North” with an almost entirely instrumental folk interlude, Blot once more shows command over storytelling and composition that spans across the album in its entirety.

Standing in the wake of some of the greatest names in black metal, there is no question that Blot is ready to soak up whatever spotlight is afforded to them. “Howl From the North” is an impeccable accumulation of skill and passion, its energy indescribable from it’s strange infusion of folk instruments to Lindeland’s unbridled shrieks. “Scales of Ancient Strides” alone is enough of a stunning endeavor to land Blot on the list of serious black metal acts to pay attention to. “Howl From the North” may prove to be one of this year’s most pleasant surprises from the genre, and has rewarded the patience of fans that have waited five years for more material since the band’s debut. Harnessing the power of the mighty Nordic winds to fill its sails, “Howl From the North” soars towards the sky and stardom with its unique appeal and consistent excellence.

“Howl From the North” Track-listing:

Digging deep into the unceasing fury of black metal, a touch of folk makes the calculated storm of “Howl From the North” as enthralling as it is irresistible. Complexity and variety make Blot some of the finest purveyors of black metal to take the stage of the modern scene as they craft music entirely without compromise.