My buddy and prolific reviewer Joel Barrios asked if I’d like to review the album “Land Animal” by Bent Knee. I replied that I hadn’t heard of the band and didn’t have time to write any additional reviews this month. Nonetheless, he sent me a link to the video the title track from the new album releasing June 23.

The song starts off with an interesting djent riff over a synth with some haunting backing vocals. “This would be fun to hear live,” I thought. Then, out of nowhere, I was thrown a curve ball. The music deconstructs into a jazzy “behind the beat” rhythm topped with the precise, quirky, theatrical vocals of Courtney Swain. This is exactly what I’m looking for with new music. Some combination of elements I haven’t heard before. Something unpredictable. Something intriguing. When the video for “Land Animal” ended, I hit play again. Then again. I wanted more.

So, would I like to review the album? Um… Yes, please. 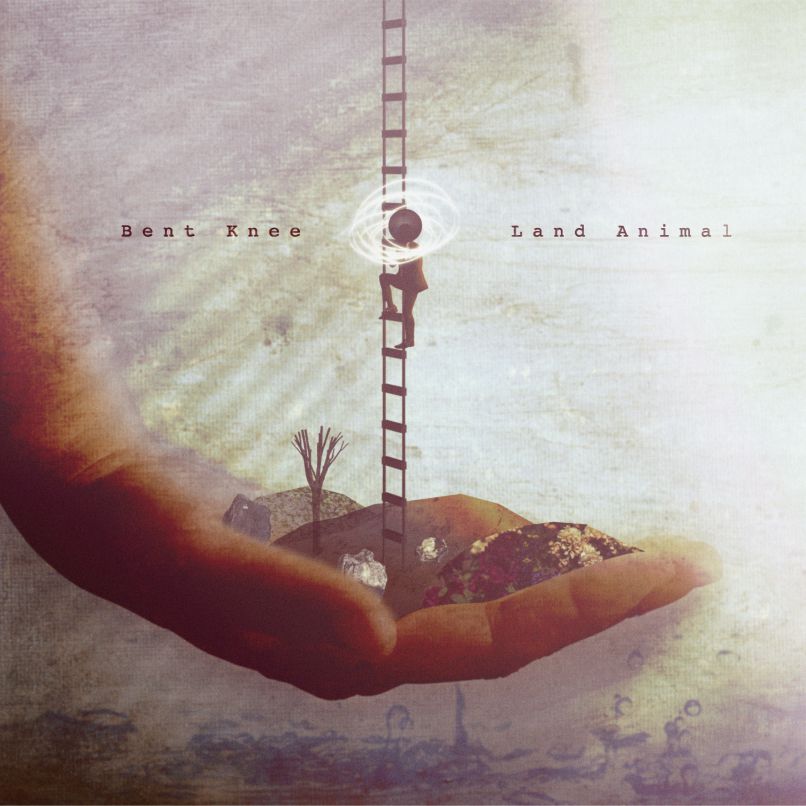 Bent Knee’s sound is hard to pin down. Eccentric pop? Art rock? Avant-garde prog? No matter how you categorize it, you must include a qualifying adjective to convey this simple message: It’s unusual. Land Animal’s first track “Terror Bird” is a fitting opener that lets you know what’s in store. The song demonstrates the band’s ability to transition flawlessly between serene and chaotic. The tension rises, dips back down, and finally swells to a jarring climax.

Bent Knee’s blending of genres is most apparent in “Belly Side Up”. Imagine an Ingrid Michaelson/Regina Spektor indie pop rock vocal laid over a backing track performed by Modest Mouse. And throw in a reggae vibe — there is a weed reference, after all. It works surprisingly well. Other notable moments on the album include the industrial precision of “Hole”, 80’s pop-influenced powerhouse “Holy Ghost”, the syncopated rhythms of “The Well”, and the kooky sing-along chorus of “Time Deer”.

The album concludes with “Boxes”. On the surface, it is the most simple and straightforward track, made even more apparent by its’ conclusion, a musical decay where the instrumentation is stripped layer by layer until only the drum beat remains — followed by an unnecessary seven minutes of silence. The moments on Land Animal that sound awkward on first listen are the reasons you listen again and inevitably become the sections you appreciate most. At only 50 minutes of actual playtime over 10 songs, the album doesn’t overstay its welcome. It hooks you and leaves you wanting more. Luckily — for me at least — there are several earlier albums I haven’t yet heard that might satisfy this craving.

But while the running time is only 50 minutes, the band covers a tremendous amount of ground both musically and thematically. “We’re at this bizarre point in history when our species can almost actively play God,” explains violinist Chris Baum. “We’re getting closer and closer through communication and technology. On the flip side, we still have many primal urges that have yet to evolve. There’s a strange balance between our technology and our biology that’s tremendously difficult to find. Land Animal explores where those animalistic urges come from and how we can harness and transform them to create a better reality.”

“It’s a really juicy and immediate album,” says singer Swain. “With our previous album Say So, I think it took people a few listens to absorb its themes. That’s not the case with Land Animal, which delivers more instant gratification.”

Very true. The payout on Land Animal is immediate — or not at all. Like a museum of modern art, you can race the hall and quickly ascertain if the artist speaks to you. This is why I recommend that everyone at least stroll through Bent Knee’s latest gallery. If like me, you might find a deep appreciation for this complex, but never pretentious, exhibit.