From rivalry, improvement is born.

Music is not something that you can just quit, according to the 1992 Beethoven Lives Upstairs depiction of said legendary composer, but it would seem that musicians continue to find ways to quit each other. Among the many schisms to rock the metal world in the current decade, few stand out as prominently as guitarist/songwriter Anton Kabanen from Battle Beast, barring maybe the exodus Luca Turilli and later Fabio Lione from the Rhapsody Of Fire family. In similar fashion, a new project was born out of the principle figure(s) exodus and a hole was left in the sound of the former one, though in Rhapsody Of Fire’s case this was remedied a couple years later. Following a somewhat weak and overly predictable 2017 offering in Bringer Of Pain, Kabanen’s newer project Beast In Black appeared poised to continue eclipsing this fold and raising questions as to whether Battle Beast is truly what it purports to be without him writing the songs.

If nothing else, it can be plainly stated that the post-Kabanen incarnation of Battle Beast had been a shell of its former self, though it continued to be a fairly impressive shell relative to what often befell earlier bands when the power behind the voice vacated the premises. However, the current picture depicts that of a shell that is filling itself up again gradually, as 2019’s No More Hollywood Endings sees this beast reclaiming some of the old glory of the earlier 2010s while keeping themselves reasonably distinct from Kabanen’s past contributions to the band and Beast In Black’s studio outings. The contrast lay mostly in a greater degree of pop-influences, largely owing to a greater emphasis on vocalist Noora Louhimo’s capabilities of softening her Janis Joplin meets Doro Pesch grit for lighter fair, though the lyrical content taking on a more feminine tone and the keyboard work leaning a bit more in a symphonic direction help push the distinctiveness factor significantly.

In contrast to the generally flat and one-tempo at all times character of the last time around, here Battle Beast opts to mix things up a fair bit more. Truth be told, while not the strongest thing to come out of this band, there is a very clear case to make that this is the most eclectic collection of songs in their repertoire from a stylistic standpoint. The signature sound of mid-paced heavy metal and with hooks aplenty finds itself married to an almost Nightwish-like degree of symphonic pomp on memorable anthems such as “Unbroken”, “Eden” and reaches an absolute fever pitch on the epic cruiser “Raise Your Fists”, arguably the most inspirational anthem out of this outfit since their 2013 eponymous album. By contrast, the post-disco nod to Scarface and Rocky with a metal edge “The Hero” and the modern pop meets power metal bluster of “Unfairy Tales” come off as slightly gimmicky, while the 80s hair band fluff of “Endless Summer” and the syrupy keyboard balladry of “Bent And Broken” get just a bit too sugary to swallow without a gallon of coffee. 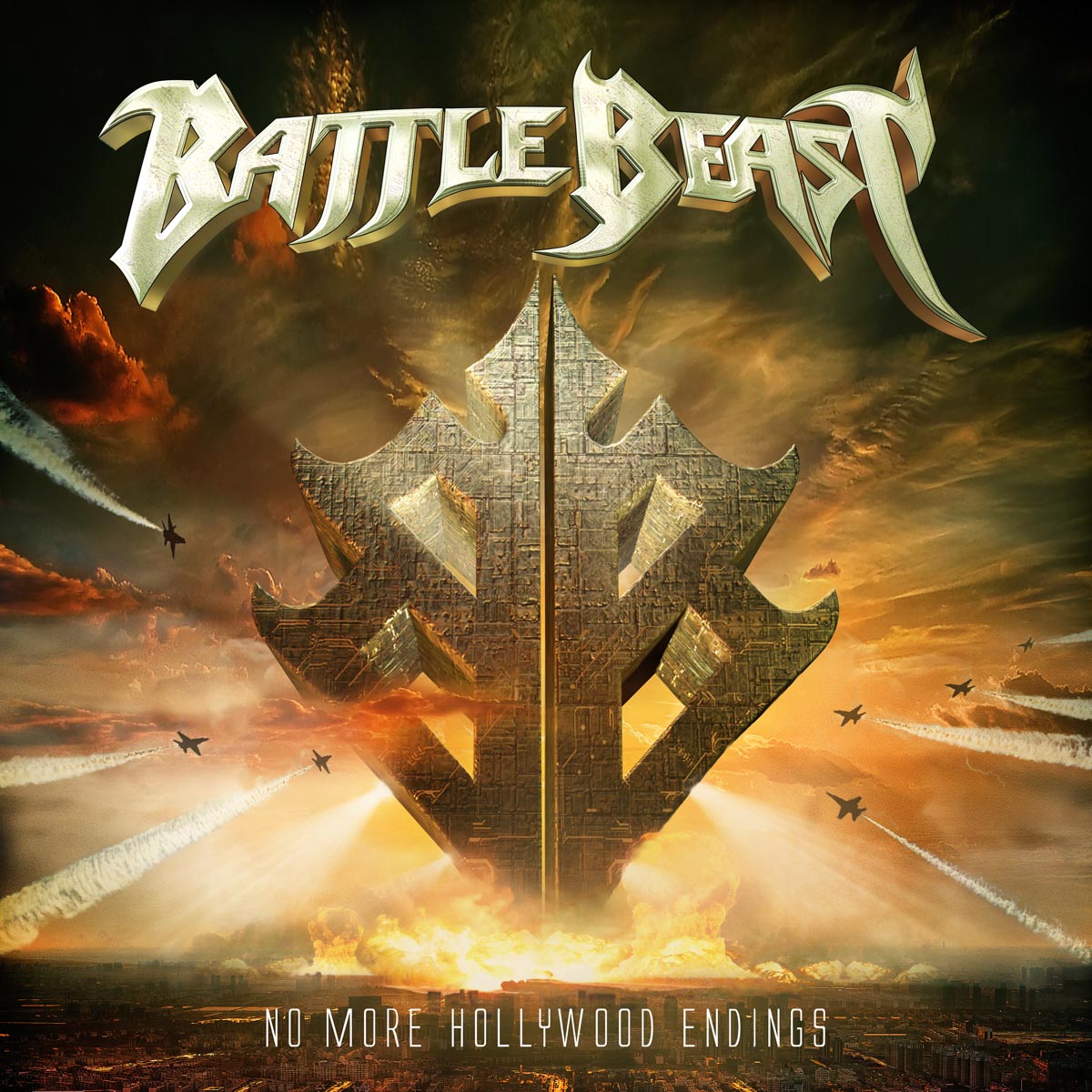 The majority of the songs on here prove to be hits rather than misses, either thanks to this wild eclecticism or perhaps in spite of it. There is credence given to the latter sentiment in the majestic speed metal fest that is “The Golden Horde”, as apart from the synth-pop keyboard intro, it cooks with the ferocity of Judas Priest’s “Metal Meltdown” off Painkiller and rivals the general metallic fury of this band’s heyday with Kabanen at the songwriter’s chair. Similarly, the punchy groove machine “Piece Of Me” pretty much foregoes almost any non-metallic additives and listens like a fist-pounding answer to Doro’s solo output with some occasional keyboard gimmicks. But perhaps the ultimate coup de grace in favor of Battle Beast trying to move back towards their earlier sound displayed on here is the mid-paced, straight up glorious banger “World On Fire”, which is about as close to a full on retread of the sound of their eponymous LP masterwork without completely plagiarizing Kabanen in the process.

For those who love rivalries between bands born out of schisms from older acts, the scoreboard still favors Beast In Black from an overall qualitative standpoint. It isn’t for any want of ability on this outfit’s part, as Brymir guitarist Joona Bjorkroth is equally as capable at lighting the fret board on fire as Kabanen ever was, and there are points where the songwriting here matches the capabilities of their former composer. For how good this album is and how interesting it can get when the metal clichés are abandoned for an expansive hybridized stylistic niche, there is a general lack of focus displayed here that keeps it from being as good as their formative years and their unofficial rival label mates. It’s well worth a listen for anybody who either loved the 80s when they were raging or has discovered the music of said decade after the fact, but even the most unashamed melodic metal geek might find him/herself skipping around a bit.

The marriage of nostalgia for 80s pop/rock and post-disco with a Finnish metallic assault scores another, albeit more measured hit from the better known and older beast among Nuclear Blast’s power metal gentry