Often in life, the greatest works of art are born out of tragedy. The loss of love, the loss of a loved one, acts of terrorism, battles with depression, alcoholism, or even against oppressive regimes… and for those who paid any attention to news or social media over the past year or two, hurricanes in the Atlantic and the Gulf of Mexico. In this specific instance we’re talking about Hurricane Maria nearly destroying Puerto Rico, and how that moment in time, that act of God, if you will, was the impetus for composer/vocalist/guitarist Christian Ayala Cruz to create the sophomore album from his band Avandra, entitled Descender.

Living in the Southeast United States, myself, I was witness to 2015’s quirky-titled “thousand year flood,” which was repeated similarly several times over the next few years, Hurricane Matthew in 2016, and Hurricane Florence in 2018. The only year with minimal activity over the last several was 2017, where upon returning from a destination wedding in the midwest, my family and I braced for possible impact from Hurricane Maria. As we breathed a collective sigh of relief at our good fortune, I wondered – as I always do – what life would be like for those who were not so fortunate, and sadly, that was our musical friends about whom I now write, Avandra, located in Puerto Rico (as well as other areas which suffered the same misfortune: the people of Dominica and the U.S. Virgin Islands).

In the time that followed, of logistical nightmares, of delayed relief and aid, of presidential paper towels being lobbed into crowds, Christian Ayala Cruz began work on Avandra‘s most artistically successful work to date. The band initially began as a solo project, and while the first outing, Tymora, was a very strong debut for the band, it has that sort of bedroom production feel that is understandable in a musician venturing out on their own. Despite the hardships Cruz and his bandmates must have endured, likely unimaginable to many of us, he picked up where Avandra left off before Hurricane Maria devastated Puerto Rico, and began his own rebuilding. There was such demand for the music from Tymora upon its release that Christian Ayala Cruz had assembled a live band to bring the music to the stage. So, when it was time to cobble together Descender, he was joined by Luis Javier Rivera Guilbot on guitars, Adrián Arroyo Schuck on drums, and Gabriel Rodríguez Martinez on bass.

And while the circumstances under which the album were written must have been intense, the band was confident enough to enlist the aid of several friends and a few big names in the progressive rock and metal world: Richard Henshall, Christopher De Léon Jones, Israel Romero Pérez contributing guitar solos, Kevin Moore with a keyboard solo, and Daniel Schwartz with percussion programming. And, as much as we all sort of cringe when we hear about too many guest spots on an album these days, thankfully these are all tasteful moments. They all, as this reviewer likes to say lately, serve the song. Other than Haken‘s Richard Henshall, the two other guitarists were less familiar to me, and their playing is fantastic, and takes each of their respective songs from great to excellent (as does Henshall, of course).

So, after everything the band went through due to natural disaster, enlisting guests, and people with whom to produce the album, and a label, how is the actual music? The best word to describe the album is: promising. Where the first album felt a bit stiff at times (again, understandably so as it was a mostly solo effort) this album lives and breathes much more. Descender feels like a complete thesis broken up into several smaller tangents. It’s not perfect, but it has the promise of a band which might be capable of reaching very closely towards that lofty adjective.

The very opening of the album, a mid-length epic split into two tracks, “Beyond The Threshold: Helios Awakens / Helios Descends,” is one of the strongest opening statements I’ve heard from an album in recent years. It’s that good. The two parts dovetail perfectly. There is a distinct end between part one and part two, and yet, it feels like a breath before resuming as opposed to a full stop. That said, as cool of an intro riff as it has, it veered a little too close to Dream Theater‘s “Breaking All Illusions” in its meandering quality and doubling of parts. At the same time, though, one of the hardest parts about being a modern prog-metal band (or writing about the music coming from one) is veering away from the modern kings of progressive metal (though there are many challengers to that crown nowadays, but I digress). And considering the band’s original keyboardist Kevin Moore is present on Descender, they clearly exist in the same Musical Cinematic Universe, if you will. (Who is Thanos in that world, I wonder.) Yet once everything kicks into full gear, we’re developing nicely and that one moment of possible similarity is quickly forgotten. 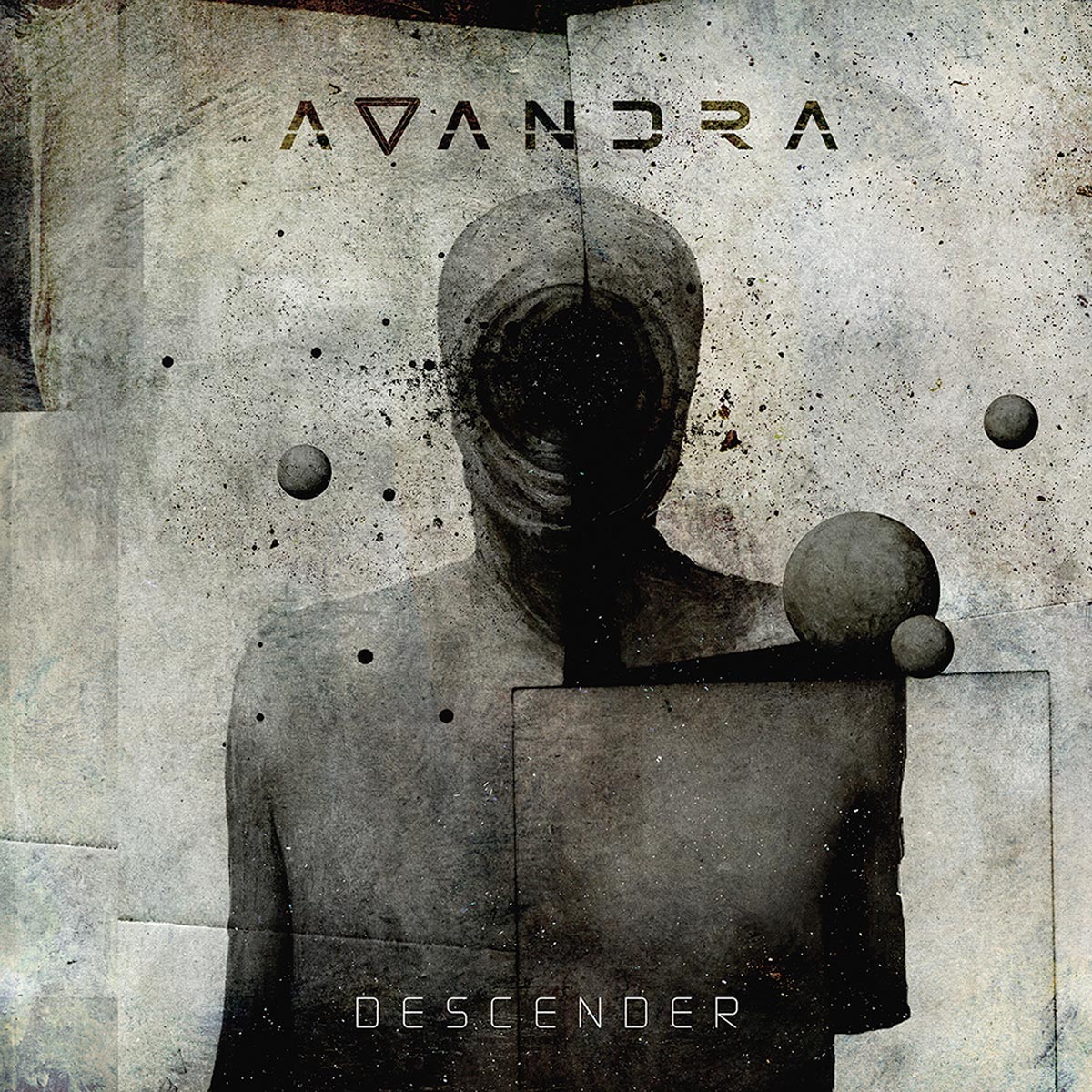 The album continues to check off boxes nicely as it goes. Ambient keyboards, absolutely inspired guitar solos full of gorgeous melodies, not-overly-indulgent shredding, gorgeously dark acoustic guitar moments (in this reviewer’s favorite on the album, “Adder’s Bite,”) and modes and melodies that blur the line between fantasy and sandswept epic tale in an ocean of dunes. All the while, Cruz‘s vocals are strong and his harmonies are restrained but noticeable. Probably the biggest problem I have with this album, which would lift it from being very good to great or excellent, is that the vocals could be a bit higher in the mix, especially in the more heavy moments. They’re quite nice, and while not as frustrating of a mix as, say, Kyuss‘ “…And The Circus Leaves Town,” it makes the album feel less dynamic than it could be. Similarly, the vocals also have a bit too much effect on them at times, reminiscent of the early days of Frost* when, especially on “Milliontown,” the listener could wonder if Jem Godfrey was less than confident in his vocal ability, which in both instances – Frost* and Avandra – is silly, because both band’s lead vocalists are pretty damn good. It just makes the listener wonder what this album could have been like with the insane attention to detail (and exploding budgets) put into the recently released “Empath” from Devin Townsend.

Song lengths are nicely varied, without any of the epics having their wings melt when trying to reach the sun. The three longest songs (including the two-parter) all vary from about 11 minutes to about 13 minutes, while the rest of the songs on the album range from 4 minutes to 6 and 7 in length, making for a nice solid hour of progressive metal touching on many moods, which is sort of a sweet spot in album run times.

None of these critiques should take away from the overall enjoyment of the album, however, especially as it is quite fulfilling of an experience for the listener, and reviewer, and these are all things that can be improved upon for a third album from Avandra. The fact that this album exists whatsoever is a testament to sheer willpower and determination, and it will be one of the sleeper hit cult classics of 2019. Every guitar solo, again, is excellent. We have gang vocals in crushing moments. Sublime vocal harmonies are throughout. Tasty and subtle keyboard playing is complementary to everything happening with guitar and bass, and the drumming is solid all throughout, especially with some super speedy ride playing in one section that made my arm hurt just listening to it.

Avandra is a band which, whether they want to be or not, will be forever linked to their origin story, and it’s safe to say they are stronger for it. Descender is the start of something, which, in a few years could be truly great. It feels like this could be an album where, twenty years from now, when they begin to stagnate in their later years, diehard fans look back and say, “Yeah, but do you remember how great they were when ‘Descender’ came out?” Despite its relatively minor flaws, it’s a special album that is a scrappy underdog in the possibly bloated scene of progressive metal bands at the end of the 2010s.

As mentioned earlier, one can only imagine the hardships that occurred either during the making of this album or nearby as it was created. That said, an album written after and inspired by a soul-crushing and uncontrollable turn of events should not necessarily be dictated by that event. Avandra have tapped into a special sound here, and despite its slight production misstep mentioned above, the real hero of the day here is excellent musicianship and impressive songwriting, in an album which will see plenty of limelight in my personal collection.