Arena‘s history can now be pretty easily diced up into three distinct periods, as of 2018. The early days in the mid-’90s, where fans of Fish-era Marillion can delight in the neo-prog stylings of a band finding its footing around a tried-and-true style of one of its founding members (Mick Pointer). Then there’s the period where a wunderkind at the time, John Mitchell, joined the band, stomped the hell out of the distortion pedal, and turned the whole thing on its head. And things were good. The band churned out some classic albums, while still retaining many of the vocal trademarks that kept them connected to the past, thanks to former lead vocalist Rob Sowden. And now, in 2018, Arena is firmly entrenched in what can be considered the third period, with incredibly talented and expressive lead vocalist Paul Manzi confidently at the front of the stage. And things are better. Much better.

Admittedly, there is controversy among fans (this is prog-rock, right?) among which vocalist is best, which albums are best, how they left their fans behind by changing sound over time, and all of the other drivel that makes one turn off notifications on a post after they realize they shouldn’t have doomed themselves by commenting on it in the first place. But now, after three albums with “Monitor Matters with Manzi” as the frontman, the creative core of Clive Nolan (keyboards,) Mick Pointer (drums) and John Mitchell (guitars) intact, and the relative newcomer bassist Kylan Amos now getting comfortable and stretching out within the band, Arena is in very good shape. What 1998’s The Visitor was to the band, with Mitchell pushing things into a more modern and over-driven guitar sound as they entered the new millennium, some could say 2011’s The Seventh Degree of Separation was again, where with the addition of Manzi, the band had evolved even further and became a much heavier prog-rock band, with dark elements and themes throughout their music. The Unquiet Sky in 2015 refined that knife edge even further, and now, in 2018, Double Vision hones it to a razor edge.

Double Vision is an album that follows a much-beloved song sequencing of the prog-genre, one that doesn’t come along too terribly often: several shorter to mid-length songs, capped off with a fantastic epic. Fantastic and fantastical. The six songs that form the majority of the album are all quite good. They don’t cover a lot of new ground, admittedly, and follow along with this album’s predecessors. “Poisoned” might be the best of them. This genre of music, unfortunately, seems to have a classification problem where any song that isn’t a rocker is unceremoniously relegated to the “ballad” bin. But that is not the case here. “Poisoned” is somber, sad, lamenting, and teeming with angst. “Paradise of Thieves” has clever rhyming and a very catchy chorus, with some interesting brow-furrowing themes to it. And where Arena always comes up with pretty awesome album opener moments, this album’s opener “Zhivago Wolf” opens the whole thing up with a bit of mystery and uncertainty before the rocking begins. 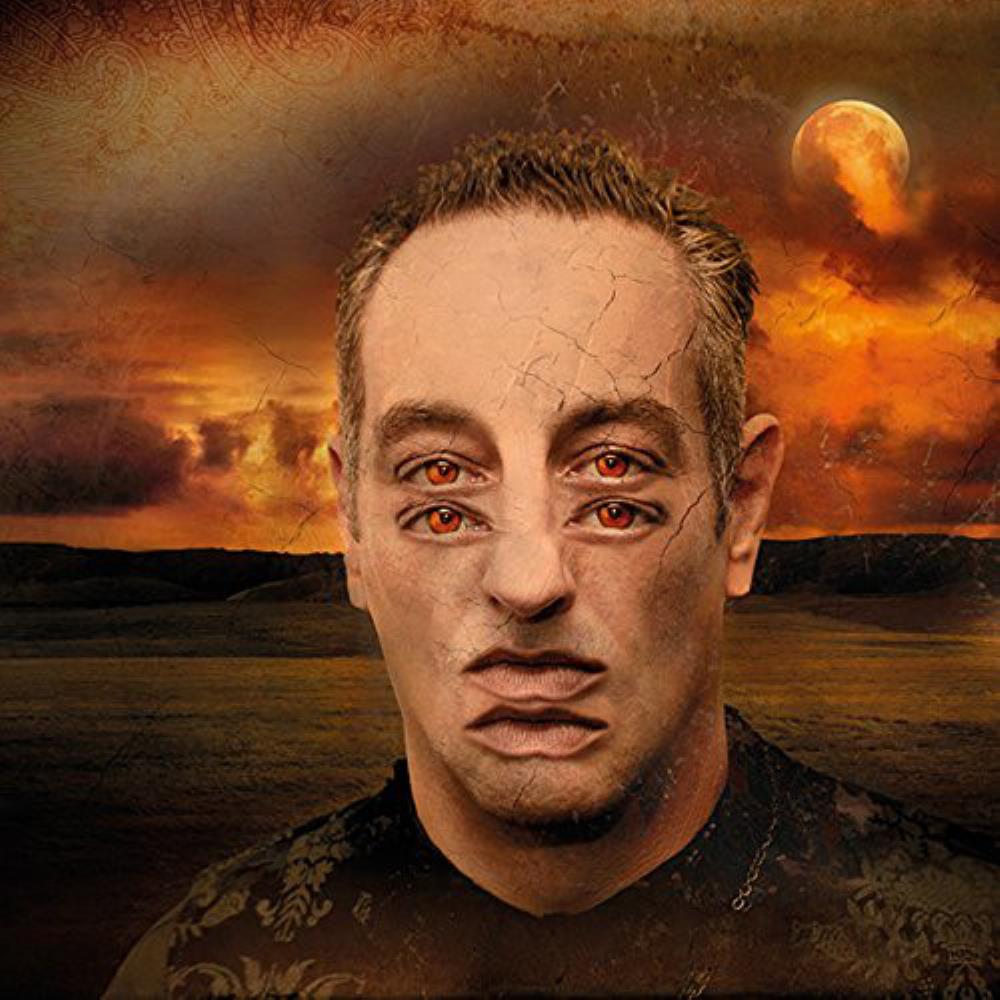 A common criticism of Arena‘s material over the years has been a diminished presence of Clive Nolan‘s well-known and recognizable keyboard playing, whether a deserved criticism or not. While those expecting the synth-y arpeggios of “Market Square Heroes,” or “Fooling Yourself (The Angry Young Man)” will obviously be disappointed with much of Arena‘s output nowadays, forward-thinking keyboardist enthusiasts will realize Clive Nolan has evolved and adapted with the times, not always taking a spotlight but rather playing a supporting role, and adding depth and texture to the songs where needed.

John Mitchell‘s guitar playing is out-of-this-world good. He has chops, creativity, tone, and most importantly, restraint. He shows that last one often with Arena. If one listens to his other projects (Lonely Robot, Frost*, Kino, Kim Seviour) enough, there is plenty of display of his guitar prowess. But with Arena, we tend to see a different side of his playing. Like Nolan, he supports the songs on this album, steps into the spot when needed, and quickly steps back to keep working. When the two play off of each other, it’s magical, and when Mitchell lays down the slamming rhythm playing, as in “Zhivago Wolf,” suddenly a prog-band approaching the quarter-century mark sounds not too far distant from the rhythm playing of, say, Tom Morello. And it works exceptionally well.

And as stated earlier, Kylan Amos is finding his groove within the band. His playing across the entire album is varied and adaptable, and there are moments where he shines a bit, such as the intro of “Red Eyes,” where his soft chord performance is reminiscent of some of John Myung‘s softer and moodier playing. His presence on the album comes across nicely in the album mix, and provides sufficient low end to the album mix, but also shines through enough that you can hear the highs of the instrument also being voiced. Mick Pointer, bless his heart, is as reliable as ever. He’s the glue that holds it all together. A very tried-and-true “arena” style drummer with plenty of ride work and huge kick and snare sounds, his playing across the entire album is exactly what you want it to be.

While the entire album is a true ensemble effort, the tallest poppy in the field simply must be Paul Manzi. His voice is incredible. He could be the lead singer for any of the biggest bands in the world. One can only imagine how he could sound fronting a band like Rainbow, for example. But he offers so much more than that. While he has hints of many singers in his timbre, such as Hasse Fröberg, Mikko Von Hertzen, Gary Cherone, and Paul Stanley, his voice is decidedly different. His intentional voice cracks at the end of vibrato notes give a gut-wrenching quality to the lyrics he delivers with such passion and showmanship. And he can sing with such power, too. He’s one of those singers whose vocals might be louder on stage acoustically than what’s coming out of the monitors. And his vocalizations (oohs, aahs, yeahs,) never come off as hackneyed, but rather straight up rock ‘n roll or full of anguish when needed.

After the first six songs of the album come to an end (and they could make a great EP unto themselves,) the listener is treated to “The Legend of Elijah Shade,” the longest song Arena has ever released, and they’re no strangers to double-digit song lengths. It’s a fantastical epic that is a full display of Clive Nolan‘s penchant for the theatrical, the macabre, and the dramatic. Without going into too much detail, because the song must be heard to truly enjoy it, it’s the story of a character reminiscent of Anne Rice‘s Lestat de Lioncourt, a tragic gray character from Andrzej Sapkowski‘s The Witcher series, or even The Creature, of Penny Dreadful fame. And Paul Manzi seems to truly embody this character over 22 minutes, never bordering on cheesiness or disbelief. The entire work is full of self-realization, remorse, unforgettable melody, uplifting moments, bizarre carnival quirkiness, and sincere and righteous anger. While the entirety of the album that precedes this song is quite excellent as it stands, “The Legend of Elijah Shade” is what takes Double Vision to the next level. It is a grand achievement for Arena, and quite possibly the crown jewel of the band’s entire career. 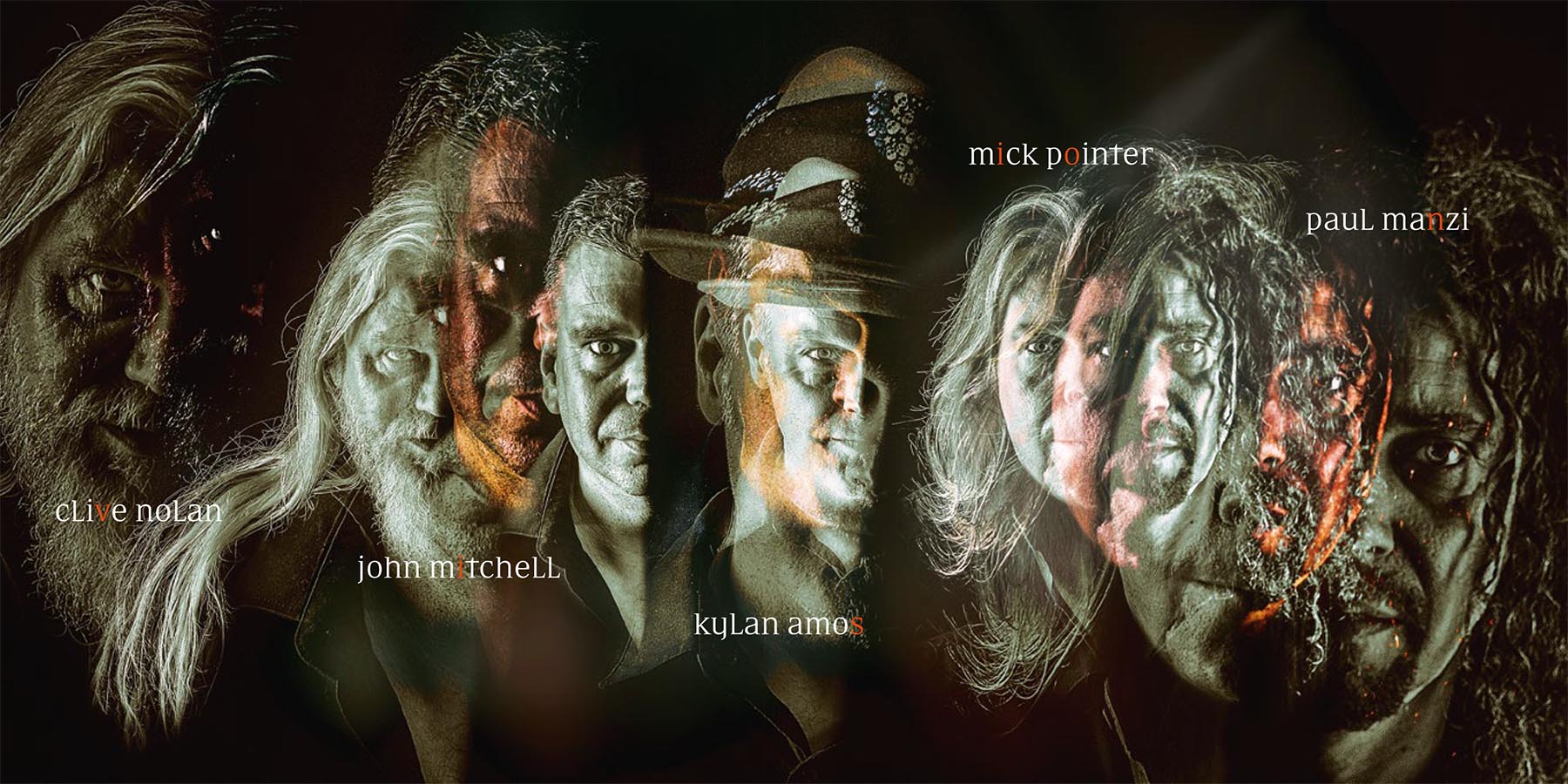 The largest fault with the album, surprisingly, is its front artwork. This genre has always been one to embrace wordplay (such as much of Dream Theater‘s output in the 1990s, for example) but the almost humourously-photoshopped artwork duplicating the model’s eyes and mouth to coincide with the album title Double Vision really just makes the listener’s eyes strain. It feels as if someone held up a picture of Nick D’Virgilio, then punched the listener right between the eyes. A shame, because the right album cover could have pushed this release into future classic territory, especially when you consider the band’s past work with artists like Hugh Syme, or the impressive work done by bassist Kylan Amos inside the album’s liner notes.

Despite that minor hiccup, Arena is a band that deserves a seat at the table with the greats of progressive rock and metal. Their name deserves to be heard in those conversations. They continue to evolve with each album and decade, and stay current with the times, striking a balance between accessible modernism and classic enjoyment, doing a great job of still being accessible five or ten years, or even further along after an album’s release. Those looking to relive the days of Songs from The Lion’s Cage, or Pride, will find little solace here, but that sound can still be found elsewhere. Those who have been fans of Arena since that hard turn that came with The Visitor, or those discovering the band with this album release, have every reason to embrace and love the emotional, brooding, epic, and slightly dangerous brand of stylish and heavy symphonic prog-rock Arena is championing into the next decade.

“The Legend of Elijah Shade” is progressive-rock with a fantasy theme for lovers of dark sagas in their fiction and their music. It will be listed among the best epics of the year, and possibly more than that. The rest of the album works well together, and the entire effort comes together to give high marks for songwriting. The combination of Mitchell and Nolan handling instrumental melody is top-notch, and Manzi's vocals show that he is the perfect lead vocalist for Arena in 2018. The first portion is a bit too close, however, to the band's previous two albums, so while it is admittedly good, it isn't the most original content. And anything mixed and mastered by John Mitchell at his Outhouse Studio is some of the best-sounding music anyone can ever possibly listen to. Double Vision will be on year-end lists,
come December.