Originality is a scarce thing at present, though it isn’t an absolute necessity wherein creating a great work is concerned. Having a clearly defined style is, likewise, not in itself an abandonment of distinctiveness in favor of taking the path of least resistance. Yet there are occasionally projects that take such an expansive approach to musical creation that they often find themselves trudging through unexplored territory by default. It’s almost a fitting eventuality that such uniqueness would stem from a member of England’s black metal scene, given the unusual stylings brought forth by the likes of Cradle Of Filth and Hecate Enthroned, but the degree of weirdness stemming from Birmingham’s Anaal Nathrakh over the years, and especially since their 2004 sophomore outing “Domine Non Es Dingus,” has been nothing short of surreal. Realistically speaking, the only way that this outfit could get any more creative within the confines of their quirky industrial black meta/grindcore hybrid style would be to introduce something a bit more conventional into the equation.

Though vocalist Dave Hunt (aka V.I.T.R.I.O.L.) and multi-instrumentalist Mick Kenney have previously delved into more melodic territory on occasion, the sound that ends up taking shape on their 11th studio album “Endarkenment” often finds itself blurring the lines between dissonant, grinding blackness and a triumphant, infectious romp. Per the band’s own testimony, the album’s theme centers around a cynical take on the state of the world, and thus the extreme divergence between the ultra-chaotic character of the verses and the hook-driven and often clean sung character of the refrains can be regarded as a combination of sarcasm and festive stoicism. In other words, the smattering of power metal-like flourishes on songs that could otherwise only be regarded as frenzied fits of extreme fury tend to be so jarring that they almost become comical. To be clear, when properly understood, this album is a disturbing ride, but in much the same spirit as Bill Hicks’ timeless standup routines (which the band cites as an influence), throws in a few shock laughs for good measure.

With all the intensity of a supernova followed by a colossal black hole, this album just unloads the chaos like it’s going out of style. The formula tends to be a consistent duel between a more blackened brand of extremity and a cathartic point of cadence that is often easy to sing along with, though maybe with a bit more edge than your typical metalcore or melodic power metal chorus. Blistering fits of morose intensity such as the introductory and title song “Endarkenment”, the somewhat more industrially-tinged rage machine “The Age Of Starlight Ends”, and the almost Gothenburg-infused assault “Feeding The Death Machine” will almost mimic the raw fervor of inhumanly fast and blackened outfits like Darkspace, yet land on a chorus section that maintains the break-neck pace while having more of a fanfare character. In this capacity, the greatest point of contrast is Hunt’s vocal work, which seamlessly switches between a plethora of inhuman barks and shrieks into a soaring tenor line that’s as clean as the ash-driven snow. 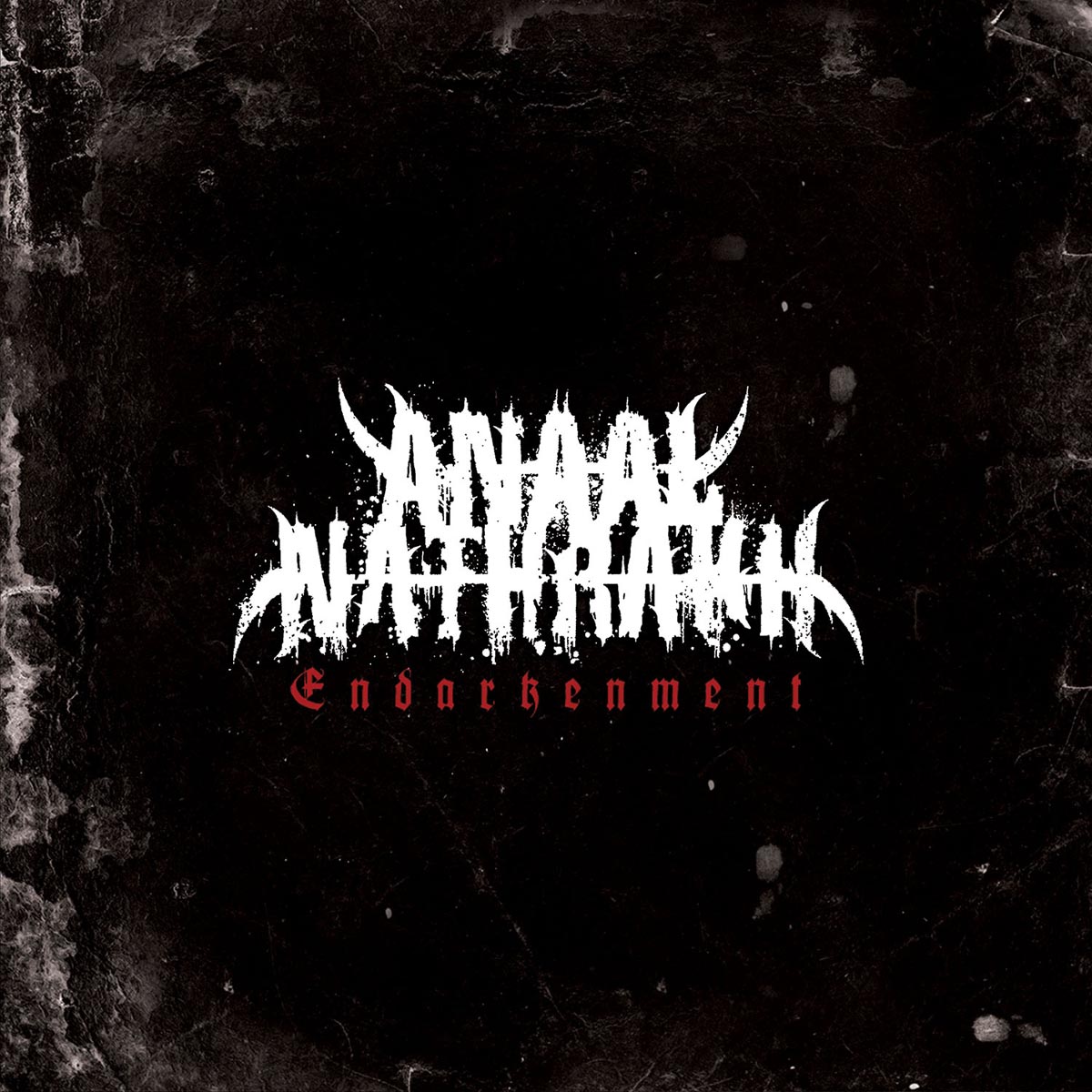 While the highly impressive vocal gymnastics are an obvious boon to this album’s surreal presentation, it should be noted that the surrounding musical presentation is no less spellbinding. Among the more gripping examples of this band’s outlandish take on extreme metallic insanity is the grinding quasi-homage to the haunting blackness of Cradle Of Filth on steroids that is “Beyond Words”, which is one of the few offerings on this album that shies away from resolving into a consonant chorus line and just keeps the unhinged musical drama flowing. The pulsating blasts of “Singularity” showcases a highly technical riff display while falling fairly close to the dense brutality of a number of tech death bands of late, with Hunt throwing in some deeper guttural barks in between the high-pitched channeling of Dani Filth and Ihsahn that paints much of this album. Yet the most consequential expression of this band’s versatility occurs at its conclusion with a brilliant, slower paced melodeath-tinged outro dubbed “Requiem” that showcases Kenney’s lead guitar chops and is as beautiful as it is twisted.

It’s a foregone conclusion that anyone with zero proclivities towards the extreme fringes of the metal paradigm will have a hard time comprehending what is going on here, but this actually proves to be one of the more accessible offerings out of this duo’s arsenal thus far. It carries a certain charm that mirrors the mixed-genre craze of the mid-2000s that saw the rise of bands such as Into Eternity and Wintersun, whom through an adventurous approach to their craft helped to expand the very definition of melodic death metal. This only occasionally veers into that level of approachability, as the wildly fast programmed drums give this album a far less coherent character, yet through the flurries of machine gun and blasting drum lines, there is definitely a series of moderately catchy songs on here that could rope in some of the melodic death and black metal crowd. Chalk it up to an album that is reflecting the inherent irony of the world into which it finds itself, becoming something that is both revolting and charming all at the same time.

Finding a new niche to set oneself apart from the pack seems an impossible task of late, but it seems more an effortless one for this duo of British black metal trailblazers as they continue to explore the synchronicity that can exist between said sub-genre, grindcore, and several other stylistic expressions.