Sometimes in the convoluted metal world, a band emerges out of nowhere and starts to build something fresh and exciting upon the foundations of an existing formula. These twists and turns and new ideas provided the ground for what would become the “modern metal” genre about a decade ago, using the aggression and fierceness of established genres like melodic death metal and metalcore, but adding more external elements like electronic or even pop music to the equation. In this field, Swedish juggernauts Amaranthe are reigning supreme since the beginning of last decade, and now they’re trying to prove they’re still a force to be reckoned with, when their sixth album “Manifest” launches worldwide on October 2nd , their first with giants Nuclear Blast.

From the get-go the band tries to fire up all cylinders, but keep in mind their formula still works and they don’t need to reinvent the wheel for it to continue working. Basically you know what to expect when a new Amaranthe album drops, and that’s still the case with “Manifest”. Still, the band manages to keep things interesting and fresh trying to sound even more aggressive and powerful, using everything that worked on previous efforts (specially 2018’s “Helix”) and cranking it up to 11, like an adrenaline injection on the core of their music abilities.

After 20 short and mysterious seconds, things explode without mercy on opener “Fearless”, a bombastic-fun ride filled with exciting synthesizer riffs, electronic hooks and the trio of vocalists showing instant chemistry with each other. Elize Ryd, Nils Molin and Henrik Wilhemsson are a perfect fit within the band and it really shows from this first track, proving to be the right choice for starting the album. Follower “Make It Better” shows the more “metal” side with a mid-tempo structure that reminded me of a more modern “Sad But True” by Metallica (only on the bridge), and a very catchy chorus that still resonates long after the song ends.

We know in every Amaranthe release the songs are short, focused and very straightforward, there’s no room for fillers here. That’s the case with banger hit “Scream My Name”, a mid-tempo metalcore-with-poppy-chorus experiment that proves to be fun in its own right. Next is first single “Viral”, an appropriate songs for these troubled times (the companion video for this track is a must-see). The songs has one of the catchiest choruses of the album; it makes you jump, dance and head-bang at the same time. Electronic elements take the lead in “Adrenaline”,  a songs that has all the trademark troupes of the swedes’ music and leaves us with a nice guitar solo by mastermind Olof Mörck.

Time flies and the list of songs remaining keeps getting shorter and shorter, with most songs clocking and a little more than 3 minutes. Next is “Strong”, second single of the album, featuring Battle Beast vocalist Noora Louhimo, one of the most prominent names in the heavy/power metal scene these days. The song’s a nice, powerful ballad elevated by the great chemistry between Noora and Elize. “The Game” comes as one of the heaviest and uplifting songs on the album, with very tight and focused performances between the three leads, proving they understand each other very well and that Nils Molin is already established and comfortable with his place in the band.

Mandatory ballad comes in the form of “Crystalline”, a strong effort but one that pales in comparison of more powerful and emotional outcomes (like “Endlessly” or “True” on previous albums). Still, it’s a way of showing Elize’s more genuine and powerful side, proving to be place where she shines the most. “Archangel” is one of those songs we can listen doing our fitness routine, it’s full of energy and hooks to maintain you “in the zone”, using an up-tempo beat that keeps you constantly engaged. 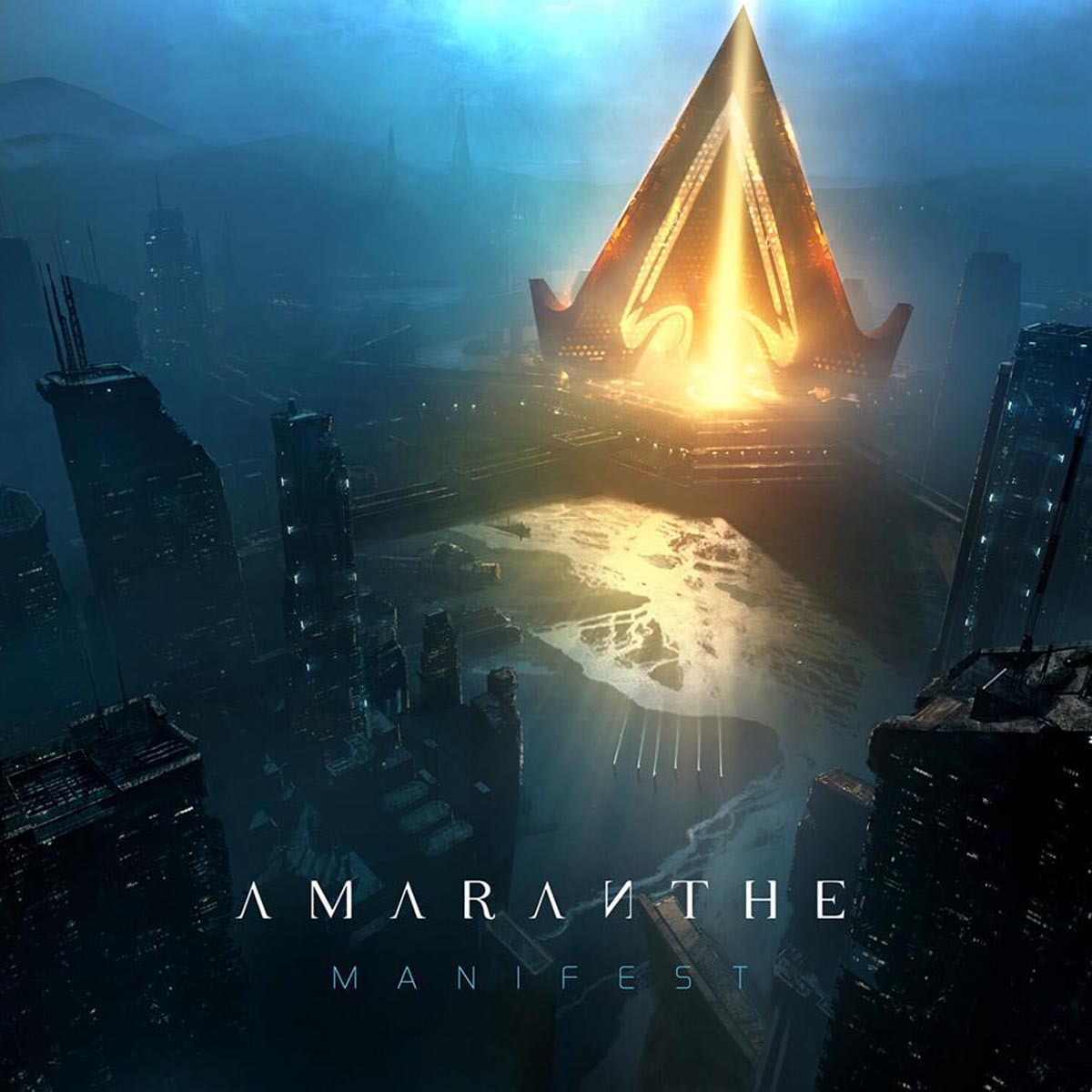 Already approaching the finish line, “BOOM!” proves to be one of the most fun songs Amaranthe has ever composed. Playing different roles and parodying the “rockstar lifestyle”, the singers let loose their acting side and simply have fun in the process (Henrik even does his “rapped growls” bits), resulting in a fresh and different song that feels like a quirky adrenaline injection. “Die And Wake Up” brings a little more of the same but in a more lighthearted approach with a mellow chorus but a few heavy and stronger bridges.

The ending comes with “Do Or Die”, a song already know by all, since the band released it as a standalone single/video back in February. In the video version of the song, Angela Gossow (former Arch Enemy singer) makes a guest appearance, but in this album version her parts are singed by Henrik, which makes it an alternative and more standardized variation of a nice and catchy song. The album ends leaving us with a sense of deja-vu, having heard all of this before, but with a different and more exciting perspective. Amaranthe fans will be pleased with this release, just don’t expect nothing revolutionary this time around.

Amaranthe delivers another fun, direct and focused outing with “Manifest”, one that will please the longtime fans and maybe make them gain some new ones along the way. Like always, songs are catchy, performances are vibrant and colorful, and the array of vocalists proves to be a perfect combination of vocal tones and melodies. “Manifest” is a more heavier and better produced album than it’s predecessors, but one that doesn’t feel quite essential compared to previous works.