Enter the wrath of Mother Nature.

The old adage of better late than never has become something of an understatement of late, as a number of prominent bands and artists have been returning to the airwaves after extended hiatuses to deliver some truly spellbinding offerings. But the unique case of Savatage and Trans-Siberian Orchestra percussionist Jeff Plate’s new project Alta Reign is doubly so, as this has been an happening that has been simmering on the proverbial backburner for about three decades and it hits with the potency of the slow-cooked brilliance of a true master chef. Drawing heavily from his roots as a heavy metal musician back in the late 80s, as well as the theatrics, pomp and progressive rock-tinged splendor of his tenure with his previously noted bands, this outfit’s debut LP “Mother’s Day” might appear a mere sentimental tribute to the past given the title, but is in fact a intricate mixture of past and present that is in a category all by itself.

Naturally any brainchild of such a well renowned drummer would entail an impressive display from his own performance, but Plate does well to place equal priority in the competency of the musicians tapped for realizing his vision and to making sure that the end result is something that is both impressive and memorable. Fellow TSO band mate and keyboardist Jane Mangini being the most prominently featured cohort in this endeavor, the resulting sonic dimensions of this album are notably dense and rich with texture, bearing a fair degree of similarity to the early works of Dream Theater when Kevin Moore was using his keys to unlock a new universe of sound. The crunchy riff work of Tommy Cook, Collin Holloway and Zach Hamilton, alongside a rock-solid foundational bass display out of Kevin McCarthy do an exemplary job of rounding out the arrangement and also giving it a heavy degree of impact that sets it apart from a typical AOR affair, though the vocal work out of Cook and Holloway approach that degree of smoothness.

In many respects, this is an album that well could have been recorded in the late 80s or early 90s and have been potential competition for Dokken and Dream Theater albums during the time, but it does well to acclimate itself to the current state of metal. Graced by a massive modern production and a lofty keyboard backdrop, more nuanced excursions into the world of progressive rock/metal such as “Come Out And Play” and “Thin Red Line” sound very in keeping with the sonic landscape of the 2020s, and possess a solid, heavy edge to the groovy guitar assault beneath the spacey synthesizer lines. Even more impressive is the degree of dynamic range shown in the shorter instrumental material, as the agitated jazzy metallic storm “ESC (Escape)” and the serene atmospheric balladry of “Passage” supply the two most pronounced moments of stylistic contrast. The true standouts of the bunch, however, are the longer and highly involved epic rockers “Mother’s Day” and the adventurous closer “Rise”; each veering the closest to overt prog-metal territory with a barrage of virtuoso guitar displays courtesy of TSO axe-slingers Joel Hoekstra and Chris Caffery respectively, all the while still maintaining a healthy array of infectious hooks. 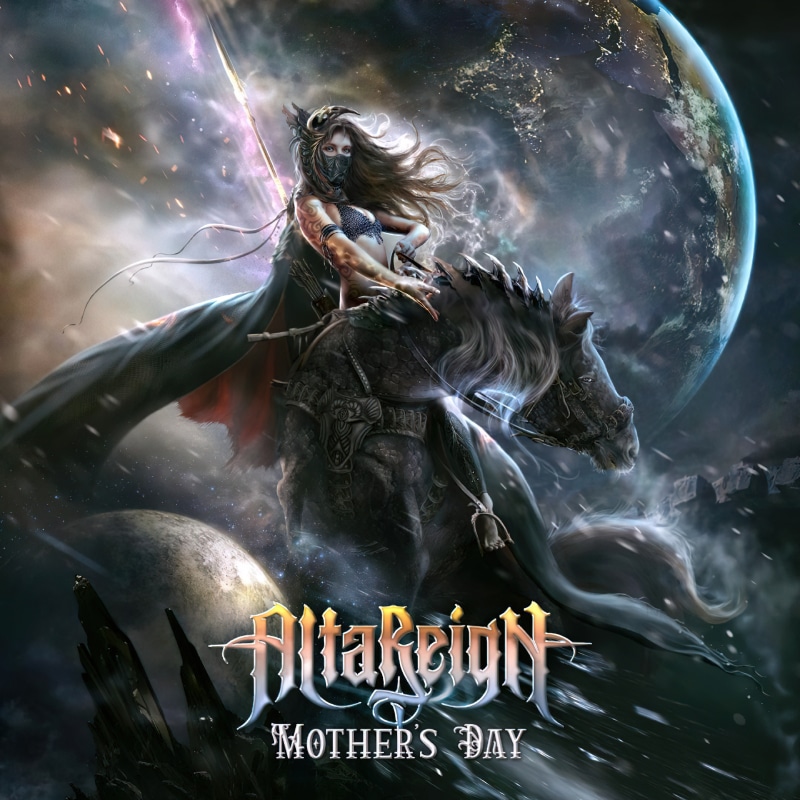 With only a week currently under its proverbial belt, 2021 is already proving to be an exciting year for those hungering for more of the high-end metallic cuisine that comes along with such a fold of seasoned veterans of the scene. Though definitely heavily rooted in the trappings of the early 90s when the songs were larger than life but also noted for their syrupy flavor, this is not an album that lives by nostalgia alone, and it becomes pretty clear with each new song that Plate and company have picked up a lot of additional ideas over the past 30 years and brought them into the mix. It goes without saying that the steadfast fan base of Savatage and TSO will go for this, but it wouldn’t be too much of a stretch for those who’ve been following the handiwork of Vanden Plas and Ayreon to be taken by a lot of what is going on here. This is a rocking form of metal primed for the thinking man, and also a veritable hurricane of sound for those expecting clear and calm on Mother’s Day.

The iconic wizard behind the kit of Savatage’s latter day classics and the Trans-Siberian Orchestra delivers an impressive array of lofty melodic metal anthems, sprinkled with elements of progressive rock, via a new project that has been 30 years in the making