For all of the bizarre happenings that have come to define 2020, if one were to focus on the musical strides being made in spite of all the nonsense, this could well prove to be one of the better years for metal in recent history. With several veteran stalwarts releasing impressive offerings over the course of the past several months it would seem that the sky is the limit, but perhaps one of the most iconic projects of the mid-80s has seen fit to punch a hole through that same empyreal event horizon after more than 3 decades of virtual silence in the studio. For the uninitiated, the California-based Alcatrazz could be best described as the missing link between the high era of 70s progressive rock and 80s heavy metal, featuring several veterans of the former scene and one auspicious up and comer in Swedish-born shred wizard Yngwie Malmsteen, who’s short stint with the band would be followed by the equally auspicious 6-string surgeon Steve Vai.

With this heavy metal institution’s best days a solid 35 years behind them, expectations are sure to be the sworn enemy of this long awaited rebirth, but it proves to be one that is easily dispatched by the stellar opus that is “Born Innocent”. The cast of musical characters that deliver the auditory goods here represent a majority of the original band that gave us all “No Parole For Rock ‘N’ Roll”, “Disturbing The Peace” and “Dangerous Games”, alongside one of the few ample replacements for Malmsteen that one could hope to tap in Joe Stump, to speak nothing for a couple of riveting guest slots by fellow Neo-classical shredder Chris Impelliterri, the aforementioned original replacement surgeon Steve Vai, alongside the late Alice Cooper and W.A.S.P. guitarist Bob Kulick and several others. To state that this is an album oozing with talent would be an understatement, though the one who ultimately steals the show is vocalist Graham Bonnet, whom despite being 72 years of age has lost none of his power and pizzazz at the microphone.

Though opinions tend to vary regarding the potency of the second and third LPs of this band mentioned previously, it is generally stipulated that “No Parole For Rock ‘N’ Roll” was the album that broke the mold, alongside catapulting Malmsteen’s brand of Neo-classical shred into the metal paradigm, and this latest excursion into the sonic stratosphere listens like the stylistic successor of said debut that “Disturbing The Peace” fell just a tad short of being. It’s given a somewhat more amped up character by a heavier riff set courtesy of Joe Stump and a massive modernized mix, but the majority of these songs follow that same retro-mid 80s heavy/power metal aesthetic that bridged the gap between Rainbow and Rising Force. The final package comes off as a bit on the raw side, paralleling the raunchier heaviness that typified Malmsteen’s late 90s material a la “Facing The Animal” and “Alchemy“, though with a tad more nuance and a variety of lead guitar expressions given the fairly diverse array of players supporting Stump’s principle efforts. 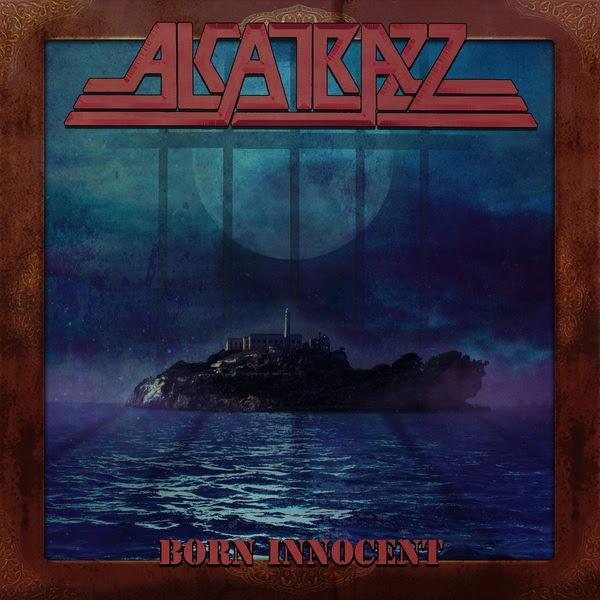 Despite being a stylized and borderline retro offering that will be instantly recognizable to any self-respecting fan of this band’s seminal offering, the lineup of compositional efforts here proves to be quite diverse. On the swifter side of the equation sits a brilliant opener and high octane rocker of a title song “Born Innocent”, echoing the Rainbow-infused character of the 1983 debut to a tee. Not far behind is a folksy cooker, chock full of brilliant guitar gymnastics and ode to mythic Irish legend “Finn McCool”, the rock-organ driven nod to Deep Purple on speed “Paper Flags” and the Malmsteen-inspired cruiser “London 1666”, presenting the same sort of fantastical storytelling that Ronnie James Dio brought to Rainbow prior to Bonnet taking his place. Naturally all is not quick-paced riff monsters with lofty tall tale lyrics, as the more rocking anthem to debauchery “Dirty Like The City” and the groovy stomper “The Wound Is Open” present a more mundane set of images to go with a plainer musical presentation, while still slaying equally as effectively.

The aforementioned highlights, however, are simply the tip of a massive sonic iceberg that is sure to take the rock and metal world by storm, irrespective of taking this impressive show on the road being delayed by much of America’s ongoing lockdown. From this band’s inception, it seemed an odd coupling of old and new given Graham Bonnet’s affinity for an image more befitting the likes of David Bowie than the leather clad persona of Halford or the majestic garbs often adorning Dio’s person, but this project is its own testament that metal is more about an attitude and state of mind than that of what threads and hair style one chooses to sport. And as with the fusion of past and present that this band exhibited back in ’83, this current album is correspondingly fit for straddling the fences that separate the old school heavy metal crowd from the younger adherents of power and progressive metal, and whether one be a Helloween fanatic or more in line with the slightly more archaic expressions of the NWOBHM and the earlier 80s USPM, this is an essential listen and a serious candidate for album of 2020.